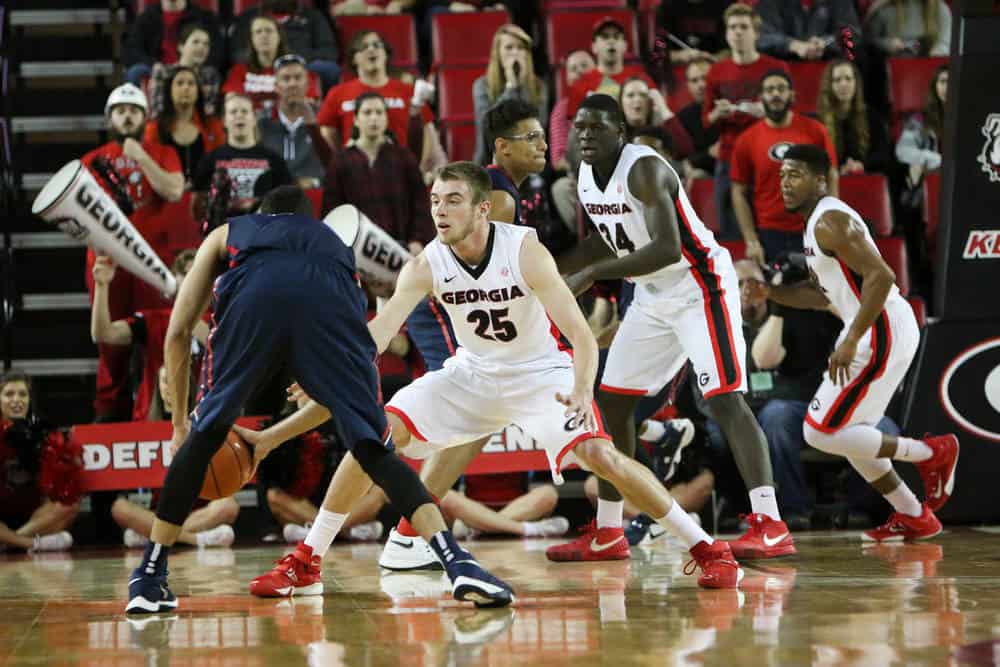 Georgia is coming fresh off of a big road victory at South Carolina on Thursday night. They now face the challenge of regrouping for a quick turnaround, as the Bulldogs return home to face Alabama.

In order to finish the season with double digit conference wins, Georgia must finish with a victory on Saturday. Here are keys Georgia must follow in order to be victorious.

1. Play for the seniors

Georgia needs to put extra emphasis into this game and honor their seniors. Guards Kenny Gaines and Charles Mann have been two of the most impactful players for the program in quite some time, and they will play their final game at Stegeman Coliseum. The mindset all season has been to push through for the seniors, and that must come true for the finale. If Georgia plays with that extra boost of momentum due to the situation, they will have the drive to be victorious and carry the momentum to tournament play.

Alabama lives and dies by the performance of Retin Obasohan, as he is the Crimson Tide’s leading scorer averaging 17.8 PPG. Therefore, Georgia’s defensive gameplan should be similar to that of Ole Miss. The Rebels revolved around Stefan Moody, and Alabama is a spitting image with Obasohan. Alabama’s second leading scorer comes off of the bench in Shannon Hale, averaging 10.7 PPG.

If Georgia can put a focus on Obasohan, they should be able to come out on top, as Alabama’s offensive attack is not balanced, unlike Georgia’s.

As the final Saturday of SEC regular season basketball is underway, the seeding for conference tournament play is all but settled. With a win, Georgia is guaranteed a six seed, but could fall to a ten seed with a loss. If other games around the league play in Georgia’s favor, the Bulldogs could jump to a five seed.

I came across a diagram from SB Nation on all of the potential seeding scenarios for the middle of the pack. Take a look at how the jumble could shape up.