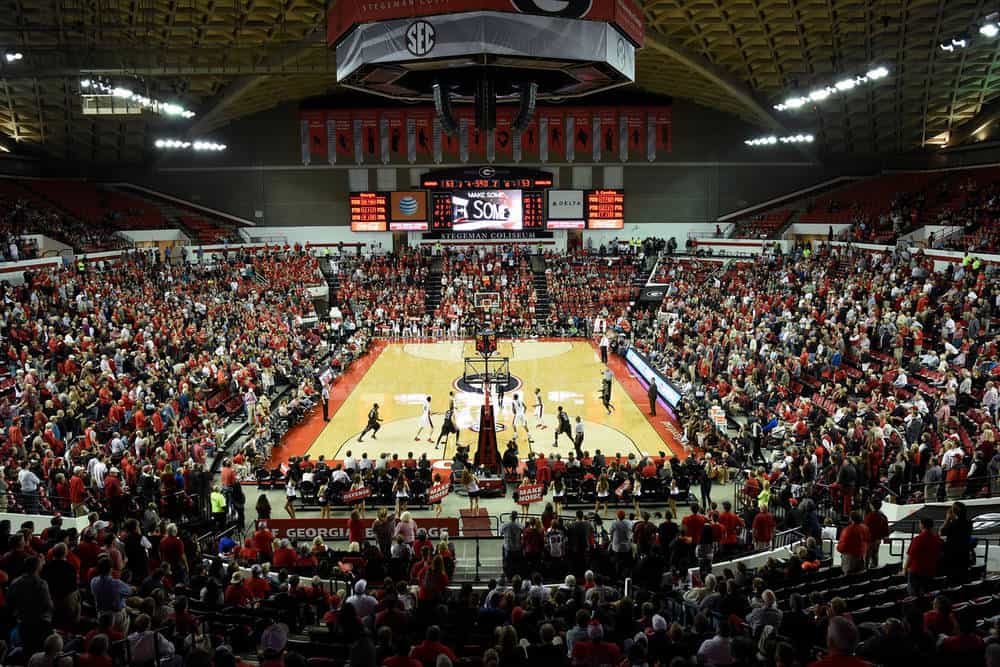 Georgia wraps up a week of SEC play at home before heading out on the road for a crucial stretch of games, in which may decide if the Bulldogs are contenders or pretenders. Before heading out on the road, their momentum must be sustained against an Auburn team in which can be very inconsistent. Unfortunately for Georgia, teams in which display inconsistencies seem to find success against the Bulldogs. Therefore, Mark Fox and his crew must follow certain keys in order to get out of Athens with a victory, let’s take a look at what they must do.

Georgia has come up short on many instances this season, and a majority of those are due to slow starts and early offensive droughts. If this is to happen to start off this game, it will once again lead to Georgia’s demise. Therefore, Georgia must value the basketball early and integrate the veteran scoring threats of JJ Frazier and Kenny Gaines into the offense, in order to get the offense flowing and avoid stagnation.

Stegeman Coliseum is expected to be sold out for this matchup against Auburn. Therefore, Georgia must feed off of the crowd energy in order to play tighter defense on the perimeter than in games past. Teams that can successfully shoot from outside have been Georgia’s poison pill, and Auburn brings a team with many long-range shooters to Athens. Kareem Canty (18.3 PPG), who has filled in for former Tiger star KT Harrell, is their most lethal weapon and will cause problems for the Bulldogs unless he is locked down from the outside. If Auburn is unable to find perimeter success, Georgia will have a better chance of coming out on top.

Similarly to Georgia, Auburn has had a great deal of misfortune in terms of winning on the road. However, much unlike Georgia, Auburn has collapsed late in road games and showing a lack of fight, leading to their 1-7 record away from Auburn Arena. This is a glaring stat in which may lead to the assumption that Georgia will take care of business. Georgia likes to make games close, however, and we should expect nothing less today. This game will be a battle, however I look for Georgia to finally find some bench scoring, specifically from freshman E’Torrion Wilridge, who is forming into an impact player. The Bulldogs finding a fifth scorer will lead them to victory before heading back out on the road.