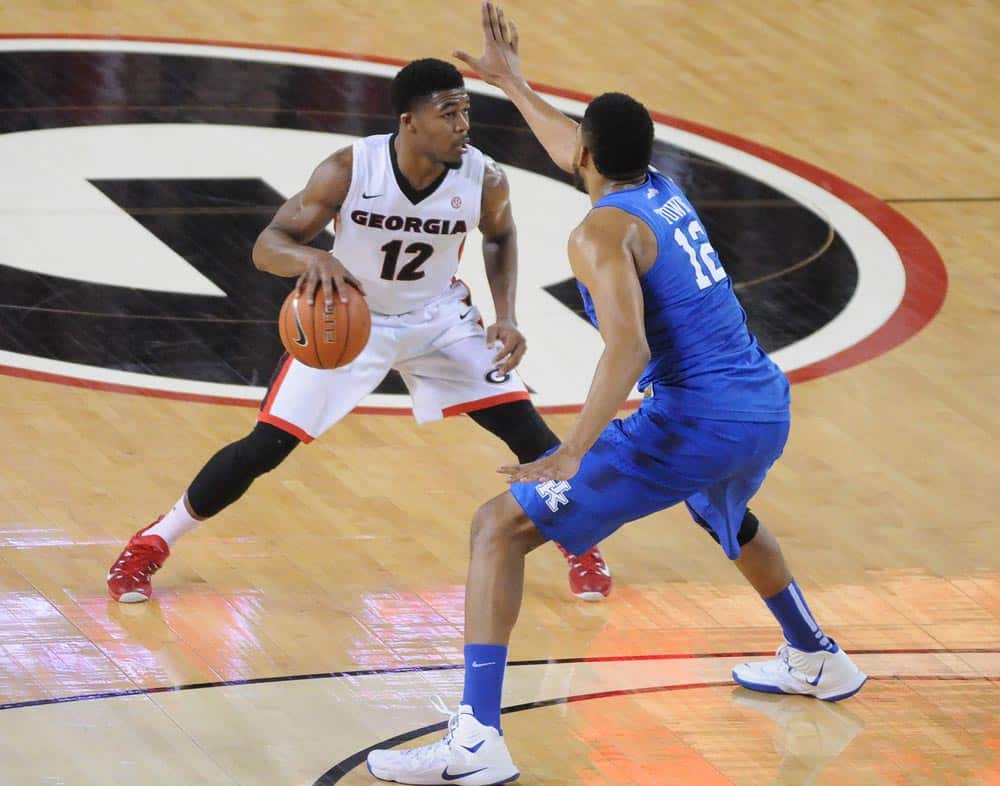 Georgia’s season has been loaded with potential, yet the Bulldogs still seek a big win. With a 1-5 road record on the season, Georgia has a chance to prove their a contender on the biggest stage, against a top-tier program nationally. Kentucky will yet again welcome Georgia to Rupp Arena with a sold out crowd. If Georgia hopes to put themselves in the heat of the NCAA Tournament discussion, this would be a game they hope to win in order to obtain a prevalent spot on the bubble. However, this is not a must win game as a few other opportunities lie ahead. That’s not what Georgia fans want to hear, so here are some keys I believe Georgia needs to follow in order to prevail in a game where the Bulldogs are heavily doubted.

Although Georgia has played road games in SEC venues in which are tough to play in, Rupp Arena is undoubtedly the most hostile environment to play in nationally. Therefore, Georgia’s young players must grow up and cancel out the raucous crowd noise. Mark Fox pinpointed what Georgia players must do while playing in such an atmosphere as Rupp Arena in his postgame comments after the victory over Auburn, “Listen to the coach,” Fox said, “When you have that many people, the players have to understand what they’re doing during the game and be able to make the reads and the calls because there’s often times they can’t hear you as the coach.” Fox’s statement hits the biggest key on the head, and if Georgia isn’t able to handle the noise, this game could quickly turn into a debacle.

It is expected that Kenny Gaines will match up with the Wildcats’ leading scorer, Jamal Murray (18.3 PPG). Gaines is known for his lockdown defense, and he needs to bring just that to Rupp Arena. Kentucky has a balanced offensive attack, with other weapons such as Tyler Ulis and Alex Poythress. However, Kentucky has been known to struggle as a team if Murray has a subpar performance. If Georgia hopes to prevail, the Bulldogs must force Kentucky to find offense elsewhere and not allow Murray to have a career night.

Georgia is on the preface of becoming a team who could be a force to be reckoned with. However, the abundance of youth and lack of bench scoring show me that the Bulldogs aren’t quite there yet. This youth that Georgia possesses has never seen an environment quite like Rupp Arena, and Georgia is 5-60 all-time in Lexington. Georgia puts up a good fight, but falls just short, as that seems to be Georgia’s season in a nutshell.