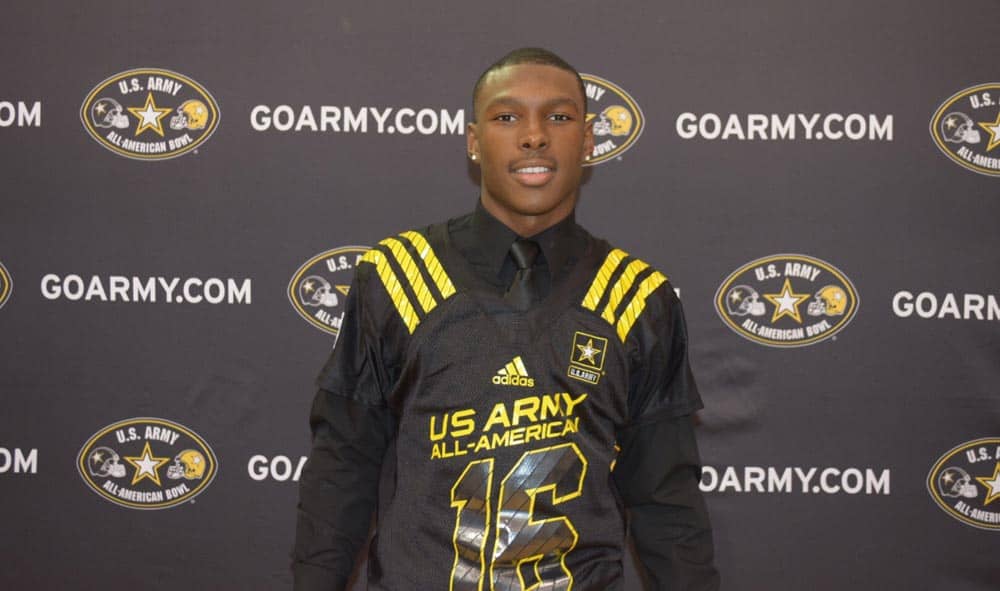 Georgia has received commitment on National Signing Day, and it’s definitely a big one. Five-star athlete Mecole Hardman Jr. of Elberton, Georgia (Elbert County) has committed to UGA and will sign with the Bulldogs.

Hardman has been sought after nationally, as he is almost guaranteed to make an immediate impact for his college team. Luckily for Georgia, Hardman has decided to take his talents to Athens.

Hardman’s talents have been displayed on the national stage, and he’s reached many accolades. From playing in the Army-All American Bowl to being named one of the nation’s top athletes. Georgia fans got to see a taste of the future, when Bulldog early enrolee quarterback Jacob Eason got to connect with Hardman when the star-studded seniors displayed their talents early in January.

Hardman (5’10”, 171) is ranked as the eleventh overall recruit nationally in the Rivals100. He may be small in stature, but is definitely explosive and a game-changer. Along with Georgia, Hardman had also considered Clemson, Ohio State, Tennessee, Alabama, Florida, and Michigan.

Hopefully the events in Elbert County serve as just the beginning for Georgia, as they hope the dominoes will continue to fall. However, Kirby Smart can take a deep breath and know one of his top targets is all Dawg. Be sure to keep following the signing day frenzy with SicEmDawgs.com, with the schedule and the live feed.