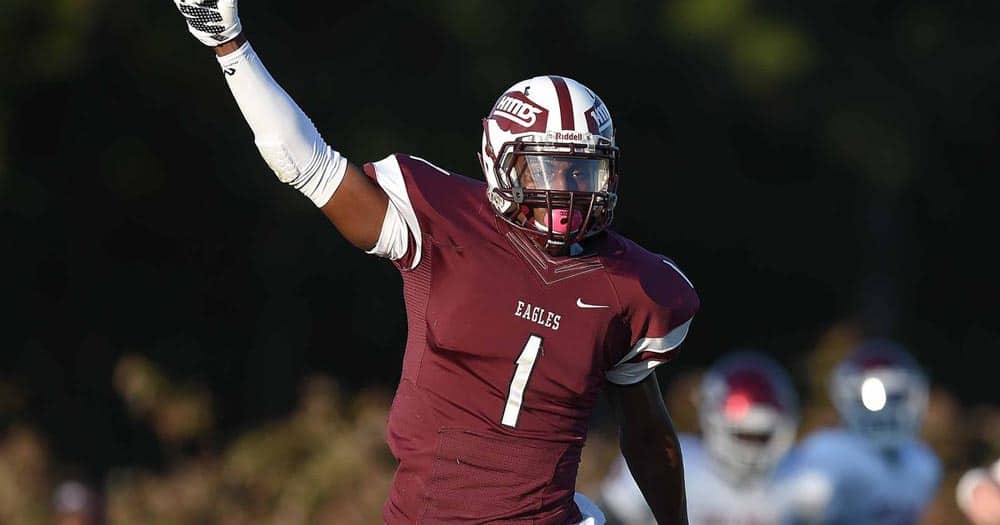 Georgia has received a letter of intent from their highly-coveted junior college recruit. Javon Wims, out of Hinds Community College in Jackson, Mississippi, has decided to play his final two years of eligibility in Athens.

Wims tallied 1775 yards with nine touchdowns for Hinds this past season. Georgia’s coaching staff raves over his skill set.

“I love how he twists and contorts to make catches,” head coach Kirby Smart told me this past weekend. “He’s the type of guy you’ll see make a lot of one-handed catches.”

Wims had committed to Georgia in November, however he opened up his recruitment after the coaching change, while still “100% committed” to the Bulldogs. Wims had strongly considered South Carolina and Miami, enjoying his official visits, but Georgia still prevailed as his top choice.

“Georgia is great,” Wims said of his final decision. “I want to be a part of greatness.”

Wims seems to be a part of the group who thinks Georgia is in the beginning stages of national championship discussion. Bulldog fans should be ecstatic to see Wims is a Bulldog due to his performance on the field as well as his leadership and character off the field.