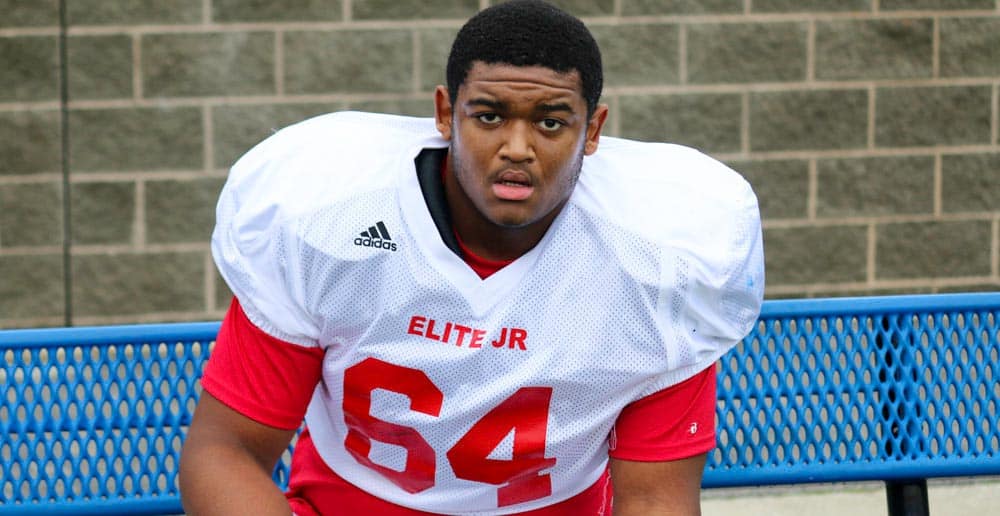 Tracy Rocker just got another monster defensive lineman to add to his already talented front seven. Michail Carter (6’4″, 302), has announced he will take his talents to Georgia. He had a decision to make on National Signing Day, as he narrowed down his options to the Bulldogs or the Crimson Tide.

Carter took his final official visit with Georgia this past weekend, and Kirby Smart and staff must’ve made a big impression. He is one of Smart’s most sought after defensive recruits, and he definitely hit the jackpot.

Carter has recently displayed his talents on the national stage, putting up a strong performance in the Under Armour All-American Game. Georgia fans got a taste at what he can bring to the table almost immediately to Rocker’s already loaded defensive line.

Carter is ranked as the 89th overall recruit nationally in the Rivals100 and No. 118 by 247Sports.

The recruit out of Jackson, Georgia will hopefully be the first of two big names brought to Georgia today for Smart’s front seven. Derrick Brown out of Buford, Georgia is the other top target on the defensive line for UGA, as he is nationally ranked as the 9th overall recruit. He will be announcing his decision at 3:05pm on ESPN2.