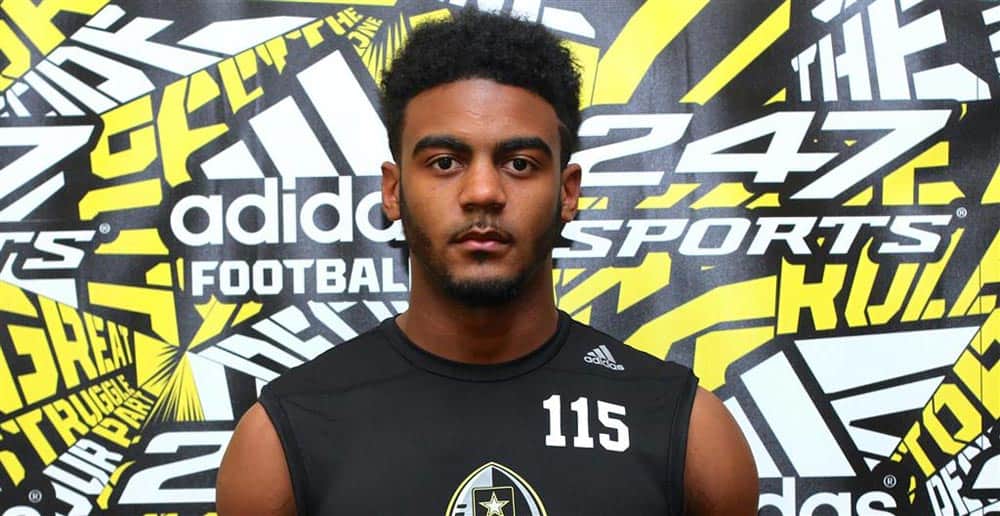 Georgia’s receiver core is yet again enhanced with the flip of former Alabama commit Tyler Simmons. The explosive wideout out of McEachern High School in Powder Springs, Georgia is a recruit which was highly coveted by Georgia head coach Kirby Smart, during his tenure at Alabama. Although Smart’s time in Tuscaloosa ended, his pursuit of Simmons continued.

Simmons (5’11”, 194) ranks as the 33rd overall ranked recruit in the state of Georgia, as his high school performances will make one believe he can be successful at the college level. In the 247Sports Composite, Simmons is ranked No. 381.

Georgia’s coaching staff made a big impression on Simmons and his family when he arrived for a home visit with a live bulldog. Simmons showed the visit on Periscope and seemed very excited to meet with the coaches, making a flip to Georgia seem to be a possibility.

Smart’s efforts definitely paid off, and he has snagged a talented wideout from Saban’s staff. Simmons will be joining the core of Terry Godwin, Javon Wims, and other new receiver additions.

Simmons continues the morning edition of Signing Day frenzy, being the first flip for Georgia. Be sure to keep following the action with SicEmDawgs.com.