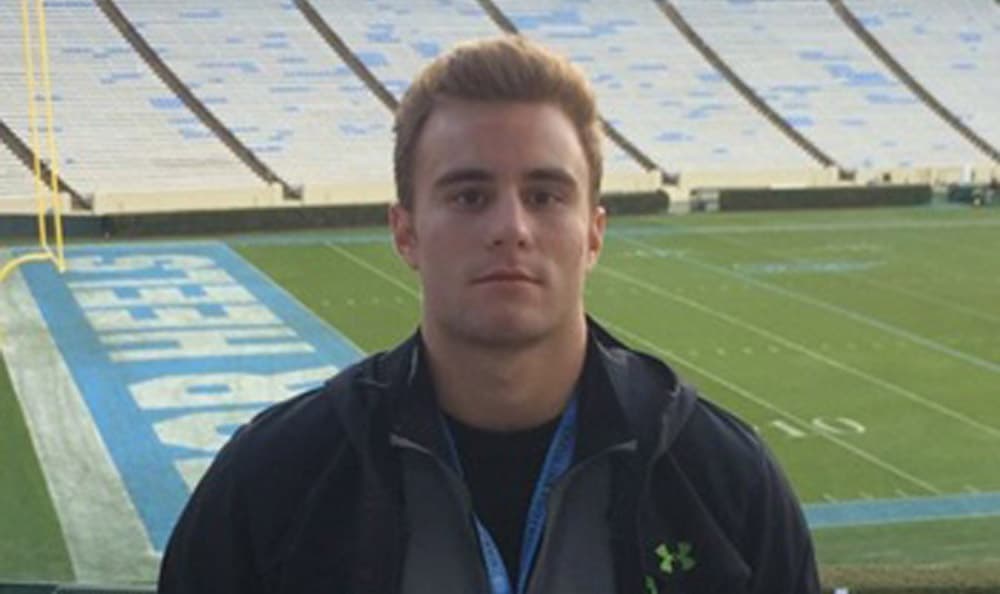 National Signing Day is upon us, and Georgia has picked up a surprising commit before the action has even begun. Three-star wide receiver Joshua Moran out of Milton High School has announced he will further his academic and athletic career at Georgia.

Moran will sign his National Letter of Intent as a preferred walk-on and will be ready to help the Bulldogs in an area of need. Moran had taken official visits to Louisville and Navy, however playing at home was the deciding factor.

“It’s my dream to play in this state, and I couldn’t pass it up,” Moran said. “The coaching staff contacted me about two weeks ago.” The three-star talent must’ve impressed Georgia’s staff, and they thought he could help them in an area in which they’re trying to restock talent. Moran announced his decision on social media earlier this evening.

Moran (6’2″, 200 lbs) says he will help Georgia at the wide receiver position. “During the offseason, (former Georgia star wideout) Michael Bennett will train me twice a week in order to get ready,” Moran added. The loyalty to his hometown is very evident in his willingness to play a secondary position, as well as turn down 32 other full scholarship offers.

Despite being a secondary position, Moran feels as if he can have a great impact on Georgia’s offensive success. He said he brings “a receiver who runs perfect routes, catches everything and blocks with great tenacity.”

Milton’s football program was in good shape when Moran displayed his talents on Friday nights, although in limited action due to injury. Here’s a look at how he performed during his senior season.

Moran will hopefully be the first of two preferred walk-ons sought after by Georgia. Kicker Mitchell Wasson is pursuited by Kirby Smart and staff, however his decision will not be announced until tomorrow.