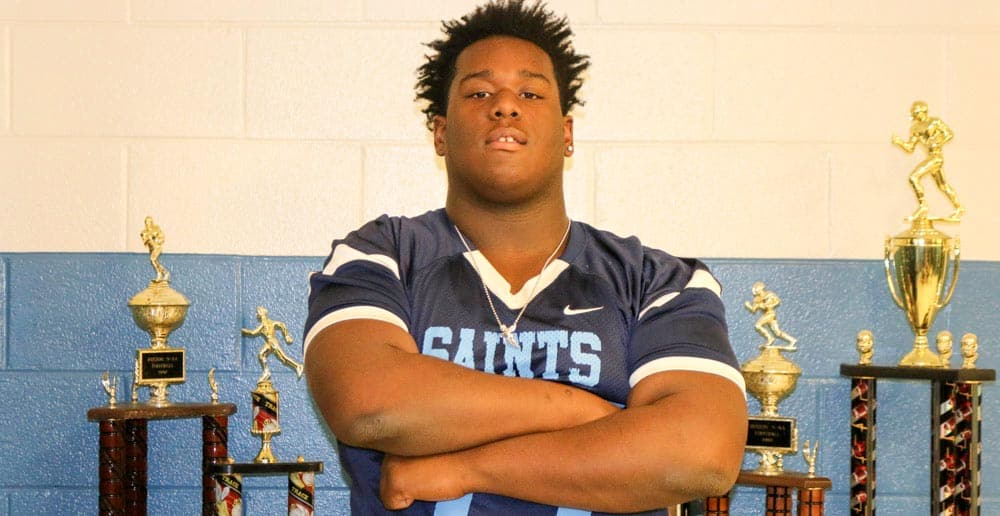 2017 three-star offensive lineman Justin Shaffer has flipped his commitment from Louisville to UGA. After visiting Athens this weekend, Shaffer changed his mind and announced his decision Monday at noon on Twitter.

Shaffer (6-5, 330) currently attends Cedar Grove High School in Ellenwood, Georgia. He committed to the Louisville Cardinals back on Jan. 14 of this year.

Other schools that have offered Shaffer include Charlotte, Kentucky, Michigan, and Wake Forest. He also had interest from Alabama, Auburn, Florida, and Ole Miss.

In the 247Sports Composite, Justin Shaffer is rated as a three-star recruit, the No. 79 offensive guard, and the No. 829 overall player in the country. He is also rated a three-star prospect by Rivals.com.

Just In: #SicEm17 gets bigger #CommitToTheG

Some days are better than others!!! Today is a great day!! #SicEm17 #Stayinghome