3 observations from Georgia's bounce back win over Ole Miss

3 observations from Georgia’s bounce back win over Ole Miss 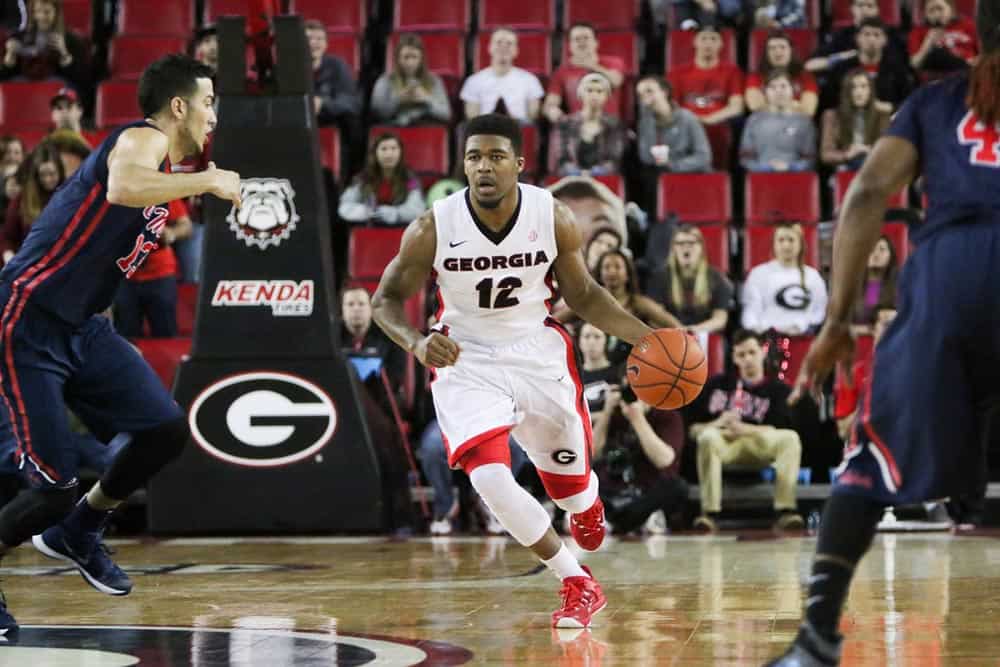 Georgia had been sputtering down the stretch, losing three of their last four games coming into Saturday’s action. The players tried to take initiative to step up after the Auburn loss, and the Bulldogs answered the call. Georgia claimed a crucial victory, beating Ole Miss 80-66, not for a place in NCAA Tournament but rather for a resurgence of confidence and pride. Here are three observations from the victory in Athens.

When Georgia faced Ole Miss in Oxford in January, star Rebels guard Stefan Moody tore Georgia apart, erupting for 29 points and leading his team to victory. Georgia had to make it a key in today’s matchup to contain Moody and allow Ole Miss’ lesser weapons to beat them. Knowing that a bulk of the Rebels offense is run for Moody, head coach Mark Fox countered his attack by placing his best defender Kenny Gaines on the Rebels star. Gaines defensive gameplan was greatly effective, as Gaines chased him down and wouldn’t let him take a shot without contest. Moody finished with 15 points, and a total well below his season average was key in leading Georgia to victory.

2. Frazier and Gaines step up

After the Auburn defeat on Wednesday, junior guard JJ Frazier said multiple times the Bulldogs need to “look in the mirror”. Despite a stellar personal performance of 29 points, he was disappointed in himself for not leading his team to victory. Therefore, he took initiative and led his team to a win by heating up in the second half again. Frazier finished with 26 points and his backcourt mate Kenny Gaines was a match for his production, finishing with 23 points. The backcourt duo erupted for 49 of Georgia’s 80 points as a team, showing their veteran leadership and will to win, after it was in serious doubt after multiple poor performances.

Georgia certainly won handily, however an extreme drought of scoring limited Georgia to a dominant performance. Near the end of the first half, Georgia held a 27-16 lead. Their big lead was suddenly evaporated due to an extreme drought of offensive scoring, which seems to be seen in every game this season. The Bulldogs went over 6 minutes without scoring, and seemed to be disoriented for quite some time. It didn’t come back to haunt them despite this game being a “game of runs”, however if Georgia hopes to catch fire in the SEC Tournament, these droughts can not be had.