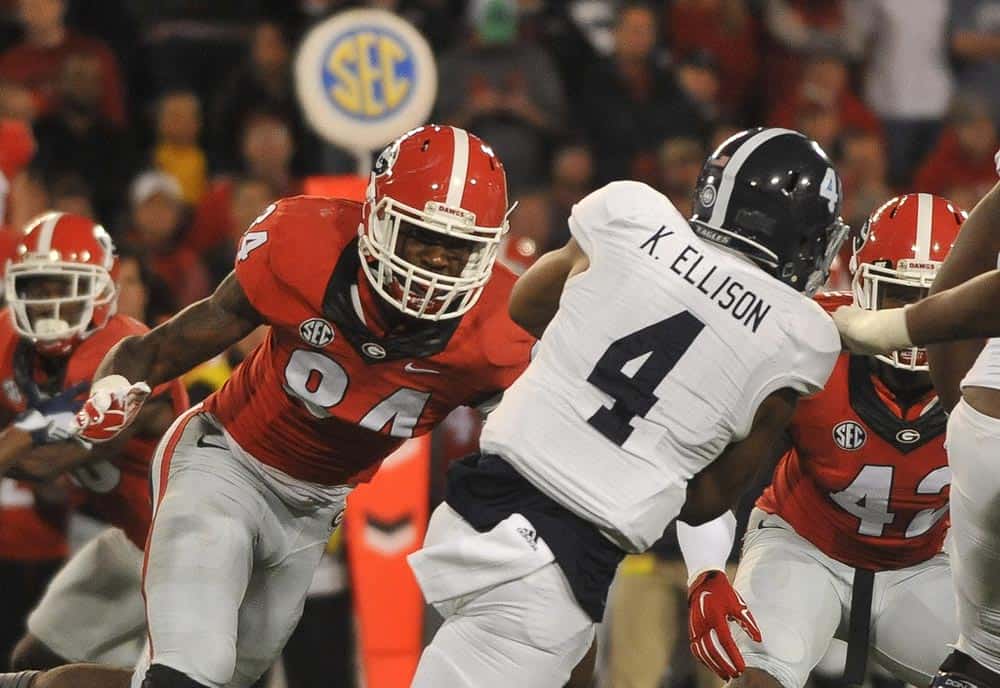 Floyd told reporters a couple of weeks ago that he was “gone.” He also tweeted on Tuesday that he was working with EXOS, a company that trains and preps athletes for the draft.

“Leonard will be missed not just by the Dawg Nation, but by me, his teammates and the rest of the ‘Wolfpack’,” said Bulldog assistant coach Kevin Sherrer, who helped coach Floyd over the last two years.  “We grew close over the past couple of years.  I know he will be very successful in his football career.”

Here is more on Leonard Floyd via UGA:

Floyd, a native of Eastman, Ga., is coming off a season that saw him finish second on Georgia’s defense with a career-high 74 tackles, including a team-high 4.5 sacks.  Starting all 13 games, the Butkus Award finalist also shared the team lead with 10.5 tackles for loss and had one fumble recovery that he took 96 yards for a touchdown at Tennessee.

For his career, Floyd tallied 184 tackles, including 17 sacks (No. 11 in UGA history) and 28.5 tackles for loss (No. 9 in UGA history), five forced fumbles and three fumble recoveries.  The Bulldogs finished 28-12 during Floyd’s three years at Georgia in a span that included two 10-win seasons.