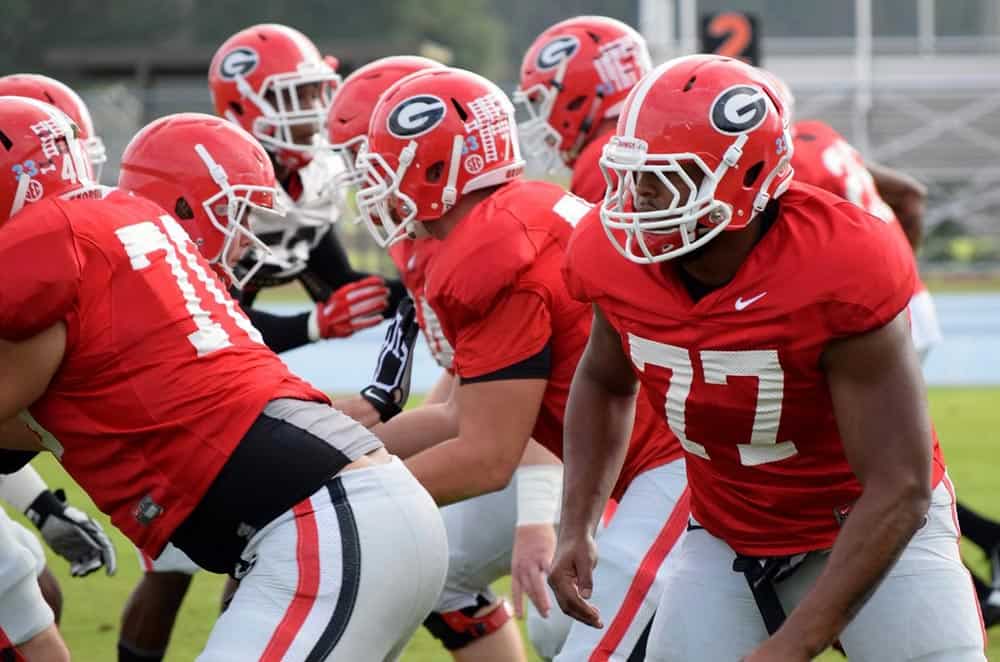 WHEN: Saturday at noon

Why This Game is Significant for Georgia

This trip to Jacksonville serves as Georgia’s 51st bowl appearance in school history, as well as their 19th consecutive showing in the postseason. The Bulldogs will look to have success in their bowl games, to bring the significance of victories to the great streak of appearances. Along with the streak of appearances, Georgia also looks to notch a 40th win for their senior class. This seems to be the main source of motivation for the team, despite the adversity they’ve had to endure for the last month, they seem to have an outlook of claiming an important win for the departing seniors.

Georgia will attempt to use the same offensive method as they have in previous games, run the ball. However, interim play-caller John Lilly may need to improvise as UGA’s running back depth is greatly impacted for the season finale. With Brendan Douglas, Nick Chubb and Quayvon Hicks out with injuries, the Bulldogs are thin with Sony Michel and Keith Marshall listed as the only available backs.

Georgia typically has a third running back they use frequently, and with the third-string not available, more weight is placed on the shoulders of Greyson Lambert. With the potential of Georgia becoming one-dimensional, look for Penn State and star defensive end Carl Nassib to key in on the pass, forcing Georgia to wear down their weakened running back depth.

Georgia has significant injuries on defense as well as offense, most notably defensive end Davin Bellamy. He has been an integral key to both Georgia’s pass rush and run defense. The big issue defensively for Georgia will be the passing attack of Penn State quarterback Christian Hackenberg. He is one of the best in Penn State school history, ranking at the top in passing yards (8,318) and passing touchdowns (48). Those are certainly eye-popping numbers, and Georgia will have to contain his lethal passing attack.

Unfortunately for Georgia, it isn’t all passing for the Nittany Lions, as they have some offensive balance as well. They will also need to have concern with Penn State running back Saquon Barkley. Breaking the freshman season rushing record for the Nittany Lions at 1,007 yards, Barkley is definitely a force to be reckoned with. The Bulldogs have been exceptional at containing running attacks this season, and that will need to continue in order for them to have optimal success.

Georgia players seem to be excited to tend to the task at hand. It doesn’t seem like they’ll be sleepwalking into EverBank Field on Saturday, but we will have to see which team is more motivated at the opening kickoff.

Penn State has an advantage in coaching with James Franklin’s experience against Georgia’s patchwork staff. The Bulldogs have had many coaches depart, therefore bringing inexperienced coaches into greater roles. With that said, I look for this game to come down to the final few minutes despite the talent discrepancy between the two teams, as many Georgia games have this season.

Georgia will have to deal with the quarterback advantage that Penn State has with Hackenberg and his experience and success. The Bulldogs will counter and hope that Leonard Floyd and Jordan Jenkins are able to shed blocks and create pressure throughout the game.

All in all, I think the motivation carries Georgia to victory. The goal of getting to 40 wins for the seniors will serve as a very important task, and that will push Georgia to leave it all on the line. Along with that goal, Georgia wants to win this game in order to push all of the skepticism after the coaching fiasco to the side. Jake Ganus said it best in a press conference, he will be ready to play in order to “shut everybody up.”