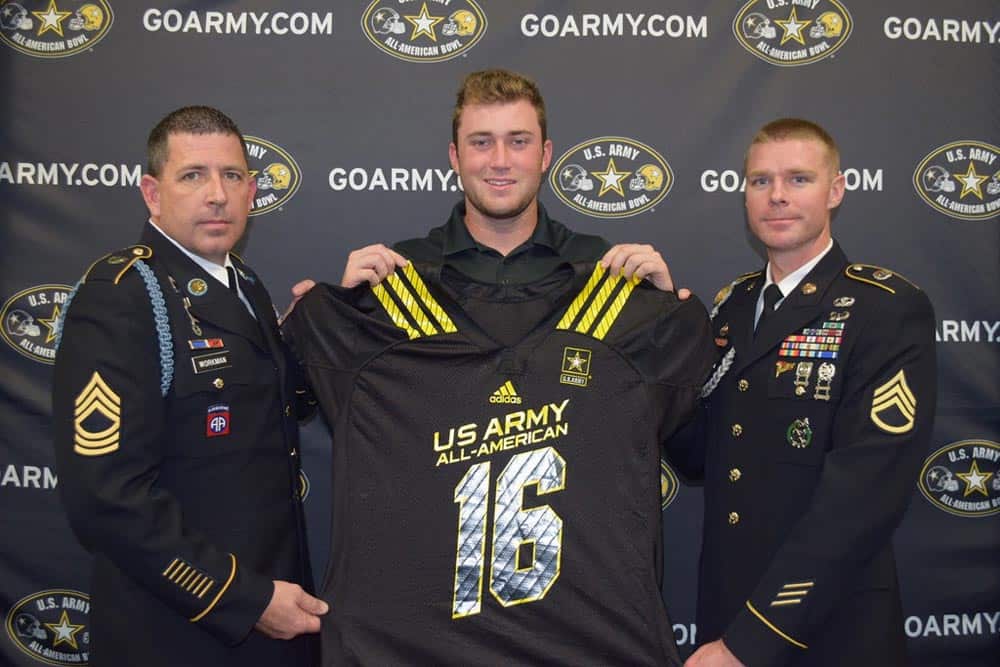 This year’s edition of the U.S. Army All-American Bowl features a wealth of Georgia targets and commits for the 2016 class, as many more will be on display this season than in seasons past. With that said, this presents a great opportunity for UGA fans and those involved with the program to see what these elite players bring to the table and what they can possibly bring to Athens this upcoming season.

Bulldog fans will also be either overjoyed or heartbroken this afternoon as five-star tight end Isaac Nauta is expected to announce his decision in the fourth quarter as to where he will continue his football career. Nauta serves as an important offensive weapon, and Georgia fans are on the edge of their seats as they hope he takes his great talents to Athens.

A big focus for Georgia fans in this game is to watch Jacob Eason sling it around for the East team, as they get a taste of what he can bring to an offense. The Eason to Nauta connection could be on full display this afternoon, and the cornerstones to the program’s future could be shown brightly.

However, as we near National Signing Day, let’s take a look at the skill set of the players that are high on Georgia while exploring other schools and will not make their decision until February 3rd.

Brown is a spectacular defensive lineman who would bring a great boost to Kirby Smart’s front seven. Brown was most recently named the “American Family Insurance Defensive Player of the Game” and the “Anthony Munoz Lineman of the Year.”

According to 247Sports, Brown is ranked as the nation’s number one defensive lineman. These accolades are just a representation of how special of a player he is, and what he could bring to his future college team. UGA fans will look to be blown away and hopeful he will choose the Bulldogs on National Signing Day. Brown is also considering Auburn, Alabama and other schools to continue his college career. As you look for him to show out in today’s game, take a look at what he brought to his Lanier High School team this past season.

Hardman is one of the nation’s best “athletes” but has a tremendous skill set on the defensive side of the ball. Hardman has been one of Georgia’s top targets for quite some time, and similarly to Brown, he is a hometown product. Georgia fans are hoping Hardman shows out today and his relationships with Eason and other recruits will continue to grow and drive him to chose Georgia on National Signing Day.

Hardman is ranked as the second overall player in the state of Georgia, per 247Sports. With that high regard, it is evident how much of an impact he could have on a college team. He recently released a “top six” as he narrows down who he may sign with. His list included Florida, Clemson, Alabama, Tennessee, Michigan and Georgia.

Here’s a look at what he brought to his Elbert County High School team this past season, and what he could possibly put on display in today’s game.

As previously stated, this is a great opportunity to see who Georgia may bring on in addition to the talent that is already present in Athens in the first season of the Kirby Smart era.

Along with the big announcement of Nauta and some potential Bulldogs on display, Georgia also has a great deal of players already committed that are playing as well, such as OT Ben Cleveland, DL Julian Rochester and LB Jaleel Laguins. Quite obviously, many Bulldogs of the future will have their opportunity to show what they have to fans that carry high expectations for the success of the program.