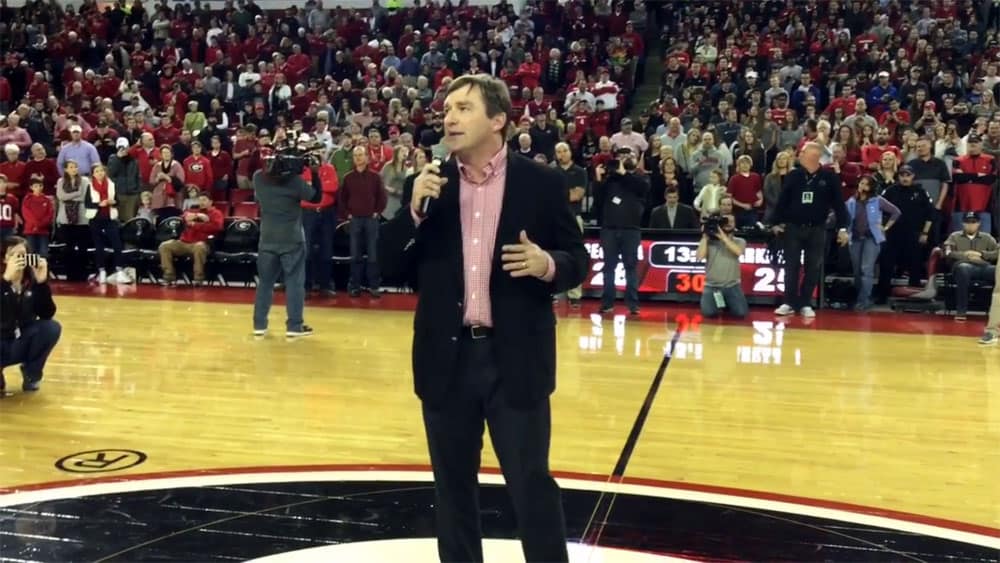 On Saturday night, Georgia Basketball defeated Arkansas in an overtime thriller 76-73. That was certainly a fun game to watch for Georgia fans, however for about 90% of fans, that wasn’t the only reason they had packed Stegeman Coliseum.

Georgia football head coach Kirby Smart was in attendance with a host of recruits, and he gave a short speech to the fans on his expectations to begin this upcoming season. The speech only lasted about 90 seconds, but he conveyed a strong message, and one you don’t see very often from a head coach.

After stating he was excited to return home to the University of Georgia after his tenure at Alabama, he presented a challenge to the fans. “We need this same passion and energy at Sanford Stadium”, Smart said. “We need to see 93,000 there.” Not only did that convey a strong message to the fans, but also to the numerous recruits in attendance, including nation’s top defensive lineman Derrick Brown.

Smart’s challenge is one that should be easily conquered. A new era in Georgia Football has begun, and the Bulldog faithful are back in full force. This will be the first time for Georgia fans to see early enrollees Isaac Nauta, Ben Cleveland, Riley Ridley, potential star game manager Jacob Eason and others. The Spring Game has usually been an event in which about 75-80,000 fans sit Between the Hedges, but expect a big boost in those numbers for the intrasquad scrimmage.

For those planning to attend, the game is expected to take place on April 16th. The admission is usually free, and termed as “General Admission.”