Isaiah McKenzie appears to be transferring to Miami

Isaiah McKenzie appears to be transferring to Miami 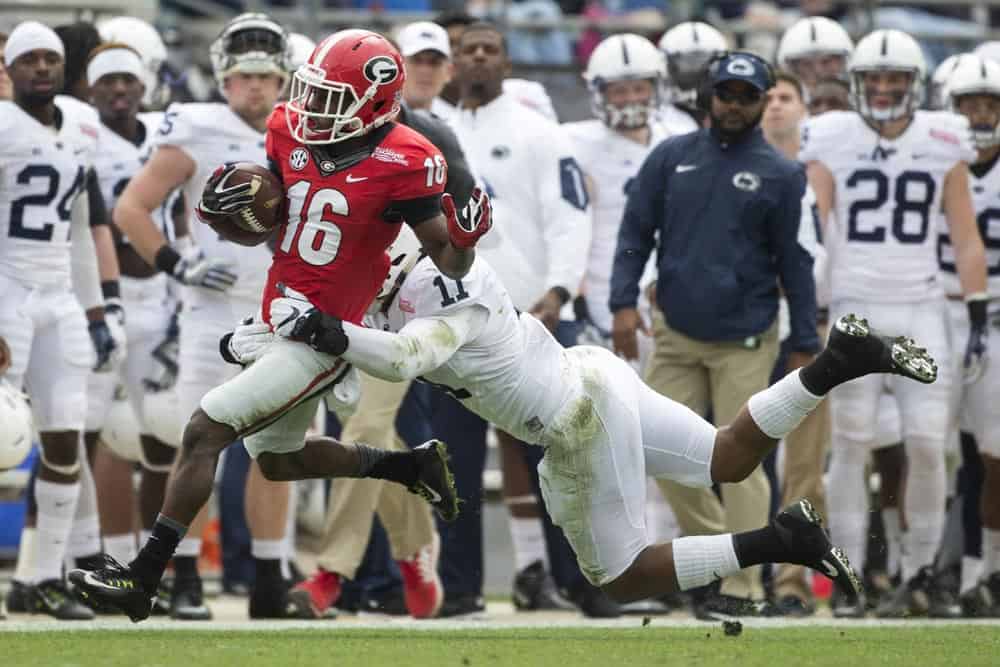 With the departure of long-time head coach Mark Richt, Georgia’s football roster was bound to have some turnover.

The first player that appears to be leaving the UGA program and following Mark Richt to Miami is wide receiver and return specialist Isaiah McKenzie. Yesterday, McKenzie allegedly posted a graphic on his Snapchat account that read “I’m officially transferring to UM.”

Later on Monday, UGA teammate Terry Godwin posted a somewhat of a farewell message to Isaiah McKenzie on his Instagram account.

🅱lood💉💉 couldn't make us closer!! I'll hold the fort down while you away Brodie #1love #JOYSTICK #CINCO @zee_thoven 💯💯🐶🐾 #DGD

If in fact Isaiah McKenzie does leave the Georgia Bulldogs, it would be a big loss, but not a huge one. McKenzie had his ups and downs on the field, but he is a dynamic player and dangerous return man than would be hard to immediately replace.

Off the field, McKenzie also had a few issues. He was suspended for the 2014 Belk Bowl against Louisville and was accused of making a terroristic threat at a Chili’s in Athens in September.

Rumph also coached UGA running back Sony Michel, who has also been tied to some transfer rumors. However, it seems unlikely that Michel would leave Georgia and sit out a year in order to play at Miami or another FBS school.

It appears that Isaiah McKenzie will stay at UGA.