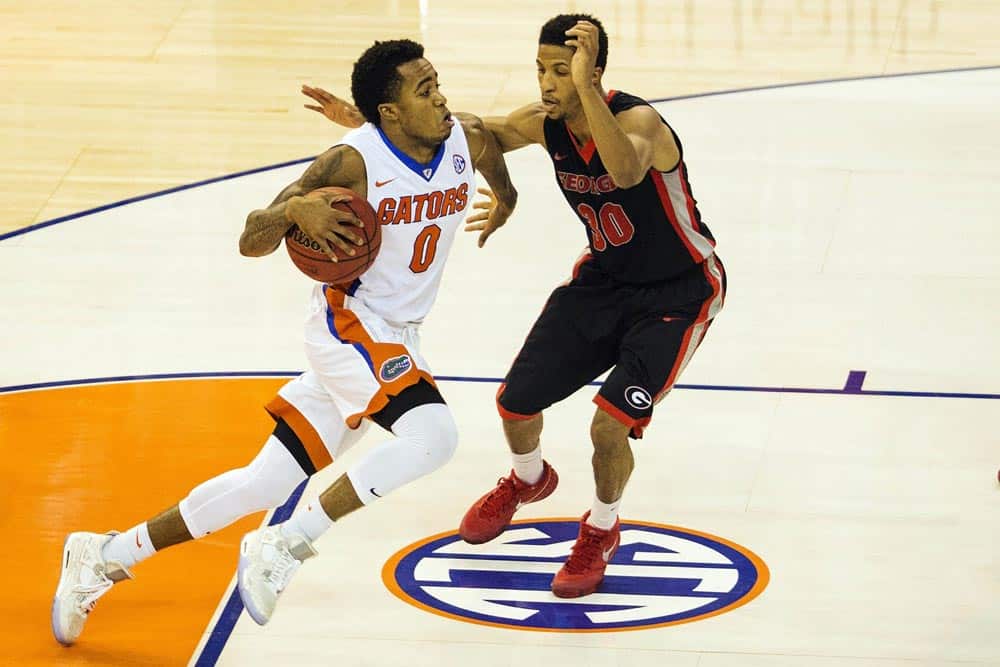 The Gators now hold a 110-100 all-time series record advantage over the Bulldogs. The loss marks Georgia’s first defeat since Dec. 4, 2015 when the Bulldogs fell to Kansas State.

“They shot the three-point shot a little bit better out of the gate than they had been shooting it,” head coach Mark Fox said. “That was a factor. We had to play uphill all night. That probably was as big a factor as anything. They have a good team and they played better than we did.”

After 10 minutes of back and forth action in the first half, Florida was able to find some separation via a 13-0 run midway through the period. The Gators owned a 16-point lead at the 4:12 mark, but the Bulldogs answered with an 11-2 run to close out the half cutting Florida’s lead to 38-31. Six Bulldogs scored at least one point in the first half for a well-balanced scoring attack. Georgia was led by Maten with nine points and five rebounds.

Maten came out of the gates firing in the second half scoring six of Georgia’s first eight points in the second half. The Gators were able to answer each of the Bulldogs’ early runs in the period, not allowing Georgia to gain any considerable momentum.

Neither team found much success near the midway point of the second-half. Florida steadily added to its lead late in the game, ultimately taking the contest, 77-63. The Bulldogs finished the game shooting 35.6-percent from the field. The Gators ended the night going 22-52, shooting 42.3-percent on the evening.

Georgia hosts Missouri on Jan. 6th at 6:30 p.m. ET in Stegeman Coliseum for its first SEC home game of the season. The game will be televised on the SEC Network.