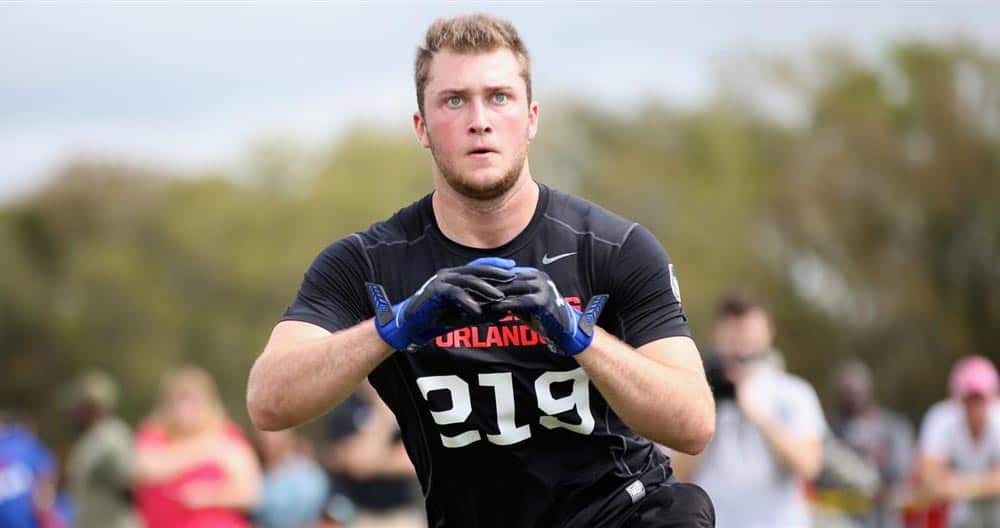 The Bulldogs have landed one of their top targets for the 2016 class. Isaac Nauta (IMG Academy) has announced he will take his talents to Athens.

Nauta announced his decision to play for Georgia on Saturday at the U.S Army All-American Bowl game in San Antonio, Texas. Georgia fans are currently seeing what the Jacob Eason and Isaac Nauta tandem will look like, as they are paired up on the East team. As Georgia begins to place a bow on the 2016 recruiting class, getting confirmation of adding two of the nation’s top high school athletes is certainly a huge plus.

Isaac Nauta had recently narrowed his list to a top three: Georgia, Michigan and Alabama. It is to be believed that Michigan and Georgia were the two schools heavily considered by Nauta, as they are better known for implementing tight ends into their offensive gameplan.

It seems as if Georgia may have had the slight edge, as Nauta has been given ample attention from his days as an underclassmen at Buford High School, and that focus of landing Nauta has shifted from Mark Richt to Kirby Smart and his staff. They know that Nauta can serve as a great weapon for the man behind center.

As many thought that Smart wouldn’t be able to bring on the offensive personnel necessary in order to see improvement from last season, that is certainly not the case. Smart is definitely leaving a positive impression by locking down two key offensive assets in just a few days. Watch out Dawg fans, Georgia is making the necessary moves to become a perennial power.