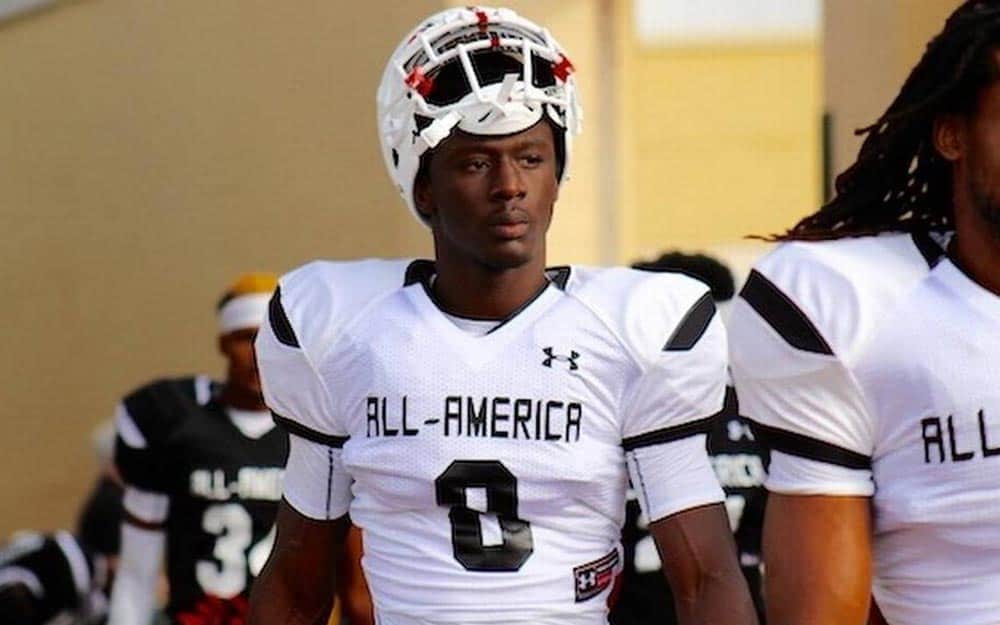 Georgia has gained another offensive weapon for the 2016 class as we near National Signing Day. Four-star wide receiver Cavin “Riley” Ridley (Deerfield Beach, FL) has announced he will take his talents to Georgia via social media.

Ridley has bloodlines that prove his potential to be a top-tier receiver. He is the brother of Alabama star wide receiver Calvin Ridley. If we see a slight resemblance of Riley’s production to Calvin’s with the Crimson Tide, many Georgia fans should be pleased. This also carries significance due to the family relationship with the Ridley family and Kirby Smart, as he may have played a role in Calvin’s recruitment.

Ridley is one of Smart’s first additions for the upcoming class, and it will be a pickup that will help the Bulldogs on offense immensely. Ridley (6-2, 198 lbs.) ranks as the 32nd wide receiver nationally, according to 247Sports, as well as being ranked in No. 141 overall in the Rivals250.

This pickup comes as a surprise for Georgia fans, as Ridley was expected to take an official visit to South Carolina, and other schools were certainly in the conversation. However, those tracks changed quickly as he will enroll at Georgia within the next week.

Ridley is another building block to a potentially loaded receiver core, consisting of current Bulldog Terry Godwin and UGA commits Randrecous Davis and Javon Wims. Shortly after Ridley’s commitment, we reached out to Javon Wims for his take.

“I think it will help,” Wims said via a text message. “A player like Ridley is really fast and quick and I will balance that on the opposite side by being physical and dominant.”

Future quarterback Jacob Eason will eventually have a wealth of targets to connect with, and it begins with the 2016 recruiting class.