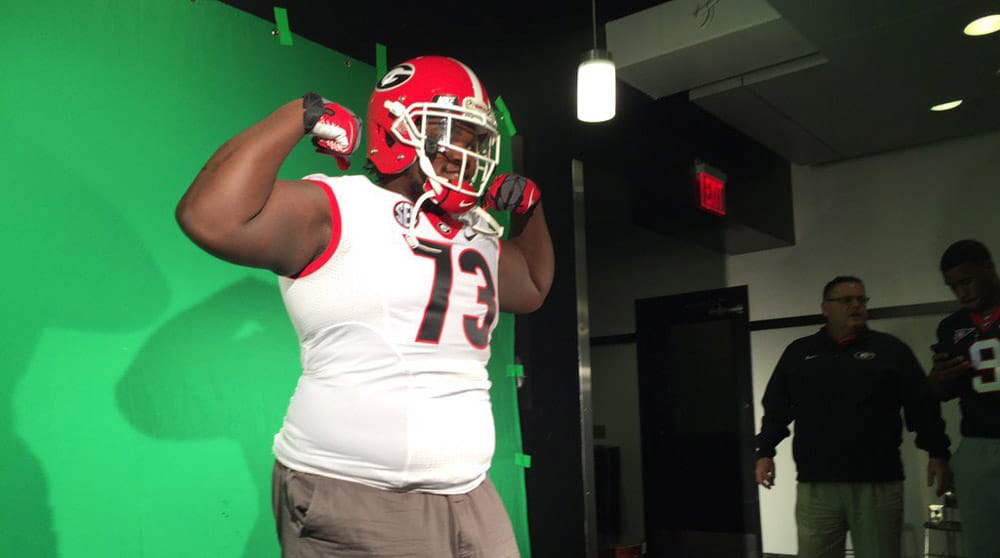 Kirby Smart had a host of key recruits in Athens this weekend for official visits, and he must’ve worked more of his magic. As we are ten days to National Signing Day, Georgia picks up a commitment in a position of need for the 2016 class. Three-star offensive lineman Solomon Kindley (Raines High School, FL) has announced he will bring his talents to Athens after being impressed this weekend.

In high school, Kindley has carried on the nickname “The Moving Train”, and at 6’5″ and 330 lbs, his stature certainly backs up that name. His size had to be a key focus for offensive line coach Sam Pittman and the rest of the Bulldog coaching staff. Here’s a deeper look at how he’s been a key part to offensive production during his high school tenure.

According to the 247Sports Composite, Kindley is ranked as the 81st offensive lineman nationally for the 2016 class. Those numbers may not be eye-popping, but his size and production on film will certainly bring a boost to an offensive line which has struggled the past few seasons.

Kindley announced his decision to commit to Georgia on Twitter.

I would like to say that I have committed to the university of Georgia #️⃣ Go dawgs ⚫️🔴🐶 pic.twitter.com/R8tNmtN9Gg

Kindley is the 16th commitment for the upcoming class and the third offensive lineman. This almost guarantees to only be the beginning of the drama as National Signing Day nears closer.