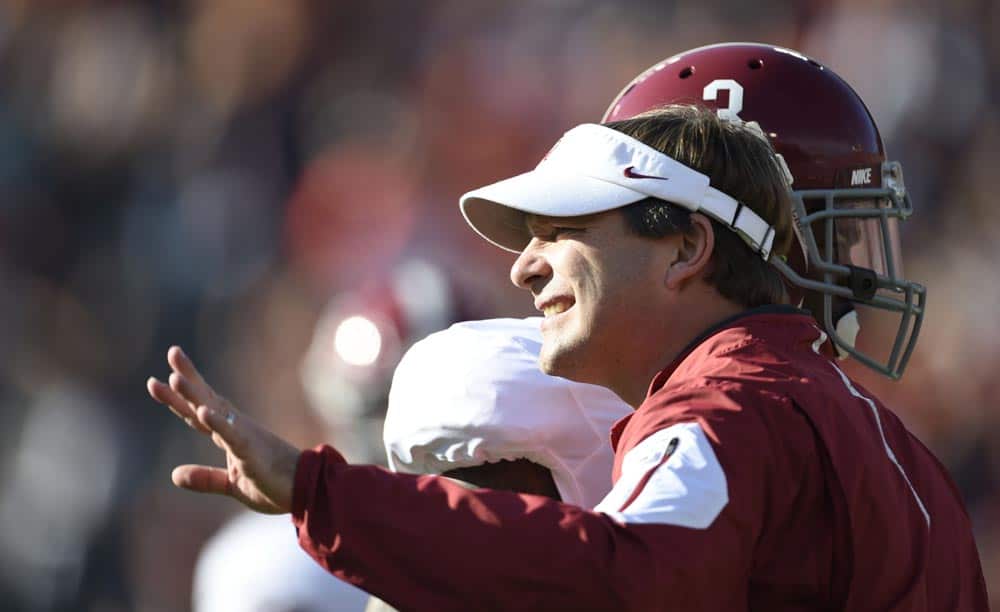 The first addition to Kirby Smart’s coaching staff at UGA has been revealed. Glenn Schumann, who held a player development and personnel position at Alabama, tweeted today that he is headed to Athens.

Great day to be a Georgia Bulldog!! Wheels up ✈️ #CommitToTheG

Schumann’s Twitter bio states that he is an “Assistant Football Coach for the University of Georgia.” 247Sports also reports that they confirmed he will be an on-field coach for the Bulldogs.

A native of Valdosta, Georgia, Glenn Schumann graduated from the University of Alabama and received both a Bachelor’s Degree and a Master’s Degree. He was a graduate assistant on the defense before taking the personnel role in February 2014.