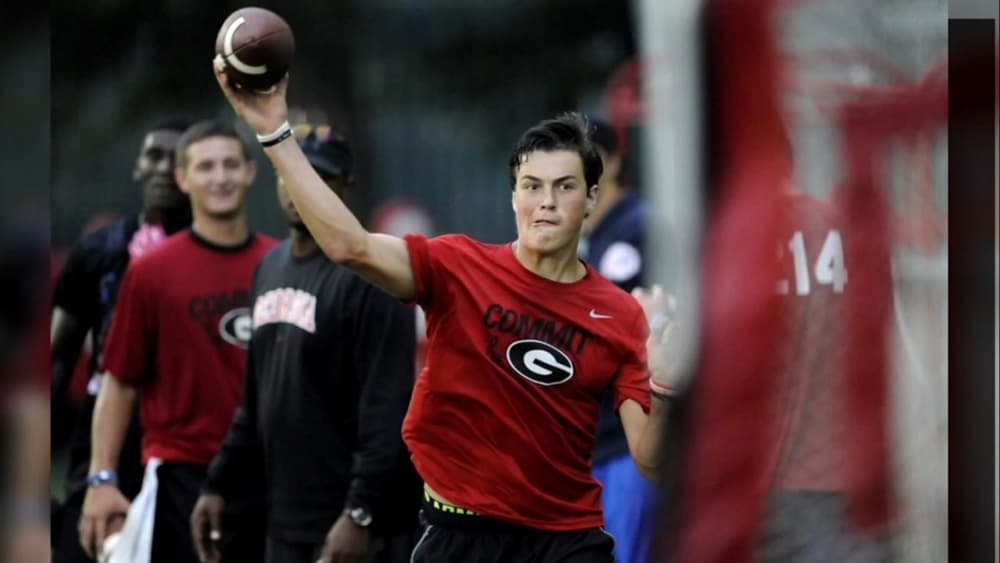 The phenom from Washington seems to be more unsure of his future destination by the day. Georgia commit Jacob Eason has taken yet another official visit, this time closer to home to the University of Washington. This comes a day after Eason told AJC’s DawgNation that he would choose between Georgia and Florida.

It is definitely understandable why Washington would be a fit for Eason. It’s fairly simple, an athlete greatly factors how close he would be to his family in his decision to enroll in college. With that said, he understands that he would be away from his family for a minimum of three years, and attending Georgia or Florida wouldn’t put him close to his home in the Pacific Northwest.

Washington also makes sense due to what they offer on the coaching staff. Head coach Chris Petersen is one of the most formidable names in college football. With Eason having a goal of success at the next level, being a Husky would also make sense in that regard.

However, I don’t think Eason was taking his visit to Washington to consider them as a primary target. This visit could’ve been used to simply have Washington as a fallback school, and to show respect to his hometown university. We shall see how things transpire after this visit, as the Washington coaches will need to persuade Eason immensely in order for him to move them into primary consideration.

Another alteration to Eason’s official visit schedule will occur when he arrives in Athens. Rather than attending the Senior Gala event, he is expected to attend another recruiting event with Georgia.

Eason also told AJC in his interview that his decision “should be around next week sometime.” This is necessary as he plans to graduate from Lake Stevens in December and enroll in the university of his choice in January. Eason will definitely weigh the pros and cons of each program before making his life-changing decision.