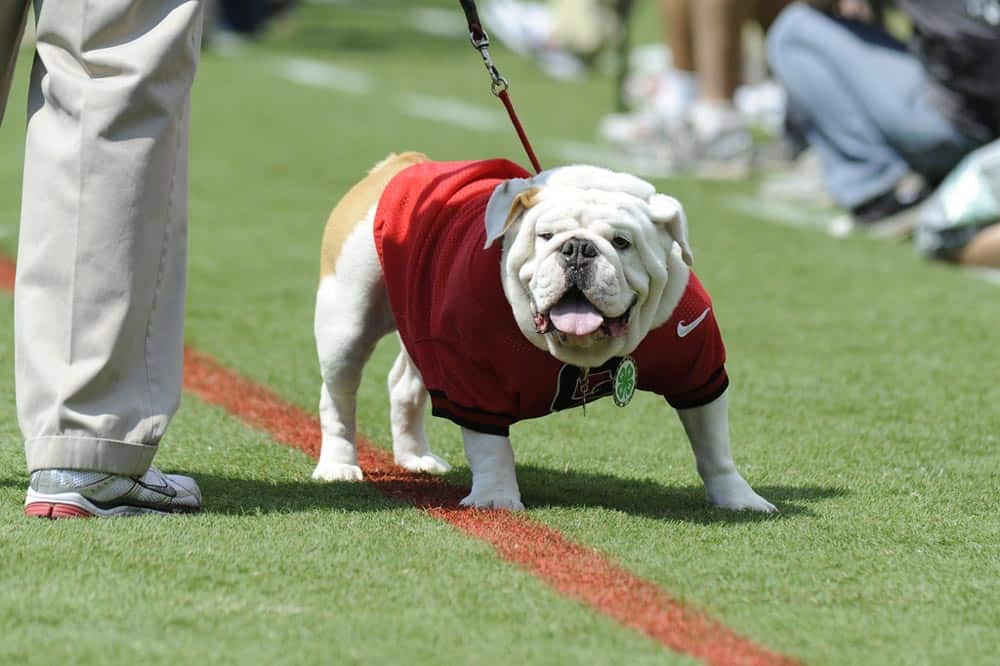 Uga IX, aka Russ, was laid to rest at Sanford Stadium on Tuesday. Russ passed away on Monday, Dec. 21, one month after passing the collar to his grandson Que.

Que was in attendance at the private ceremony and wore a black Georgia Bulldogs jersey. Overall, 17 people attended the ceremony, including UGA president Jere Morehead, Director of Athletics Greg McGarity, members of the Seiler family, and others.

Russ roamed the sidelines from 2009 to 2012 as the interim mascot after the passing of Uga VII and Uga VIII. He was officially named Uga IX on Sept. 15, 2012 prior to the game against Florida Atlantic.

Overall, Russ had a record of 44-19. He did not attend any games during the 2015 season until he passed the collar to Que, now Uga X, on November 21 against Georgia Southern.

Russ now lies with the other eight former mascots of the Georgia Bulldogs. Each Uga lies in a mausoleum in the southwest corner of Sanford Stadium.