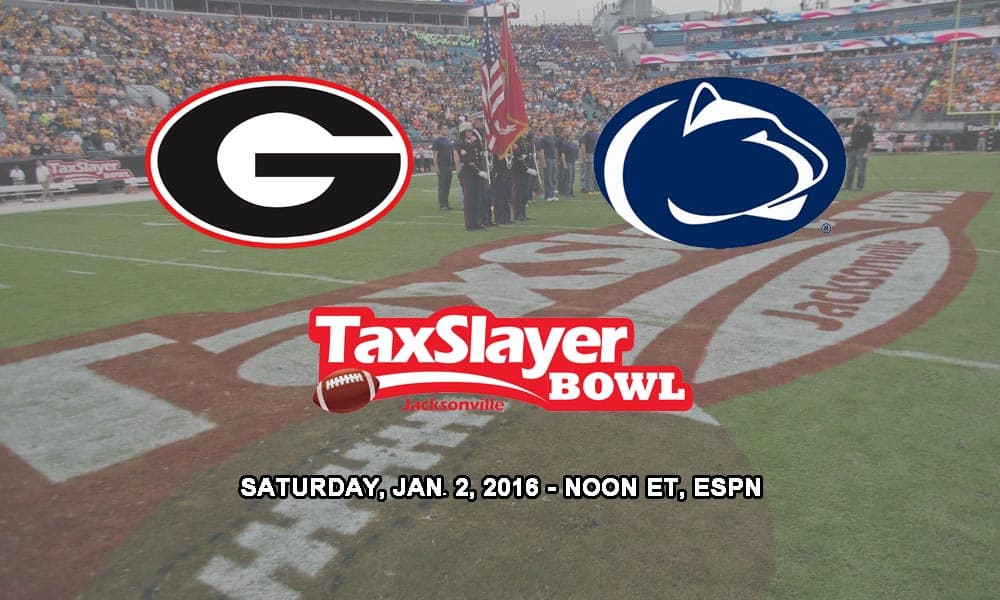 The 2016 TaxSlayer Bowl is set with the Georgia Bulldogs facing the Penn State Nittany Lions. The game will be played on Saturday, Jan. 2, 2016 in Jacksonville, FL (Noon ET, ESPN).

Georgia will be the home team and will be on the West sideline.

Georgia finished the 2015 regular-season 9-3 overall and 5-3 in the SEC. The Bulldogs will be playing in their 19th straight bowl game and will be led by interim head coach Bryan McClendon.

Georgia and Penn State’s first and only meeting on the gridiron was in the 1983 Sugar Bowl. The Nittany Lions upset the top-ranked Bulldogs 27-23 to claim the national championship.