Report: Kirby Smart to stay with Alabama through CFB Playoff

Report: Kirby Smart to stay with Alabama through CFB Playoff 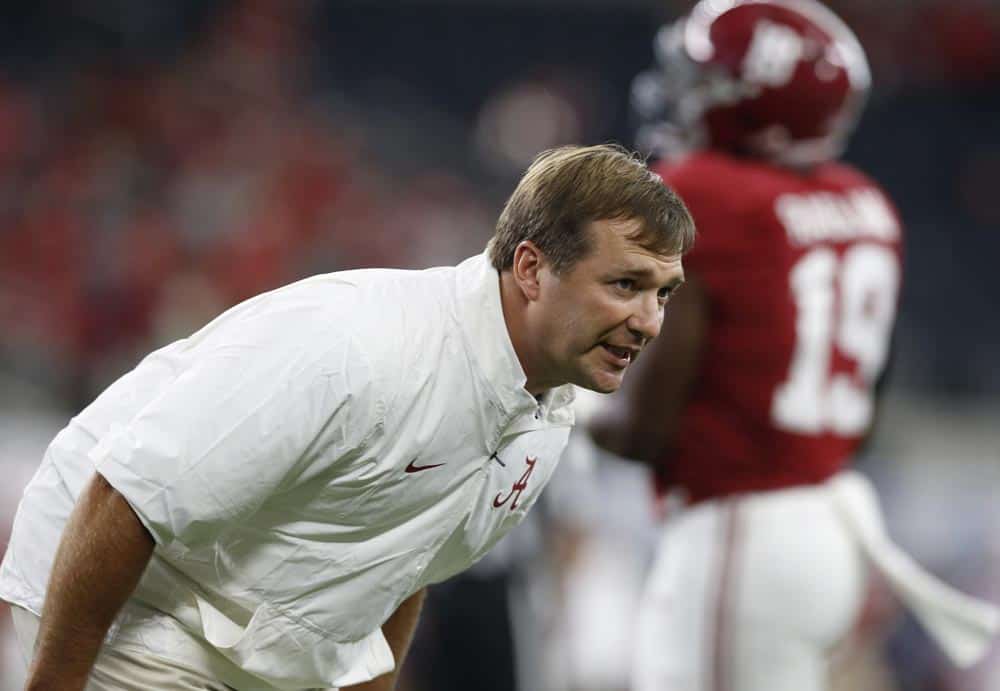 Kirby Smart, who is expected to be named the UGA head football coach soon, will reportedly remain with Alabama through the College Football Playoff.

Phil Savage says on XM/Sirius sources tell him Kirby Smart will stay on through bowl/playoff.

Phil Savage is the Executive Director of the Reese’s Senior Bowl, appears on ESPN ‘Insiders’ and SiriusXM, and is a radio analyst for the Alabama Crimson Tide. He is said to be “well connected” and would have inside knowledge on the situation.

If Alabama beats Florida this weekend, which most predict they will, they are headed for the College Football Playoff. The Crimson Tide would then play a semifinal game on Thursday, Dec. 31, and, if they win, would play in the College Football National Championship on Monday, Jan. 11, 2016.

That’s not good for the Georgia Bulldogs, who need Kirby Smart in Athens soon to begin recruiting. However, he may be able to accomplish that through any assistant coaches that are retained or hired.

Which assistants stay in Athens or are hired will likely not be known until after Smart is officially announced as the new head coach. Unfortunately, one person who may not be around is defensive coordinator Jeremy Pruitt.

Strong source from my days as a beat writer says UGA DC Jeremy Pruitt won't be retained on Smart staff. Zero chance, I was told.