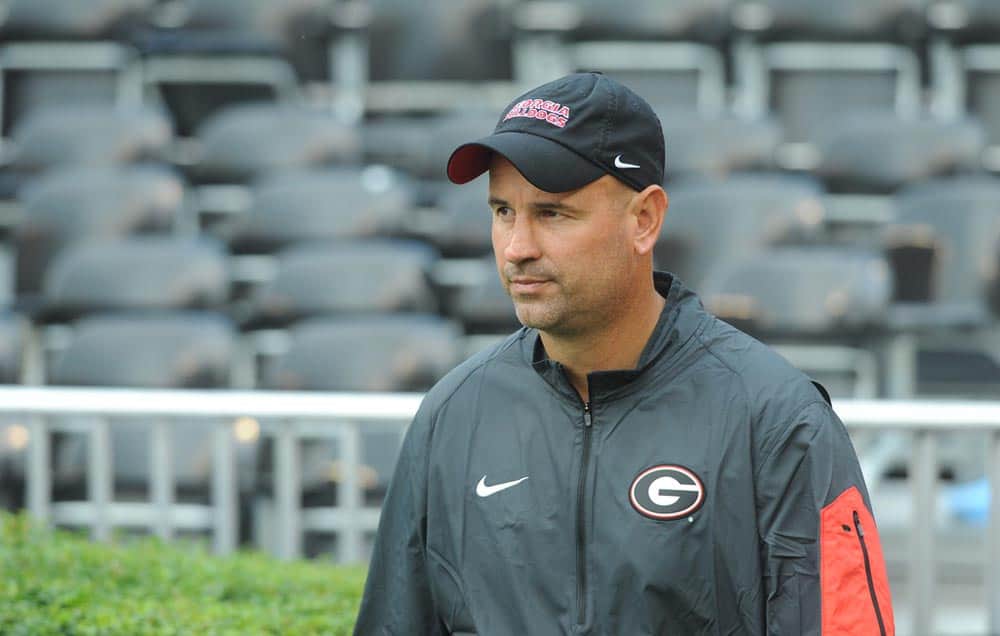 With the firing of Mark Richt, the remainder of the UGA football coaching staff is in limbo until a new coach is hired.

According to a report from 247Sports, UGA defensive coordinator Jeremy Pruitt has emerged as a candidate for the head coaching position at South Carolina that was vacated by Steve Spurrier earlier this season.

Houston head coach Tom Herman was previously associated with the South Carolina job search, but he withdrew his name and has agreed in principle to a new contract with the Cougars.

UGA alum and current Auburn defensive coordinator Will Muschamp has also been mentioned for the head coaching position with the Gamecocks.

Although Jeremy Pruitt has never been a head coach, he has a “strong reputation in the coaching community” according to 247Sports. In Athens, he has improved the Georgia Bulldogs’ defense immensely, which only adds to his list of accomplishments.

It’s not currently known how much interest Pruitt has in the position. Most Georgia fans hope he will remain in Athens to continue his watch over the defense under a new head coach. At the moment, all signs point to that person being Kirby Smart, although coaching rumors can change in an instant.