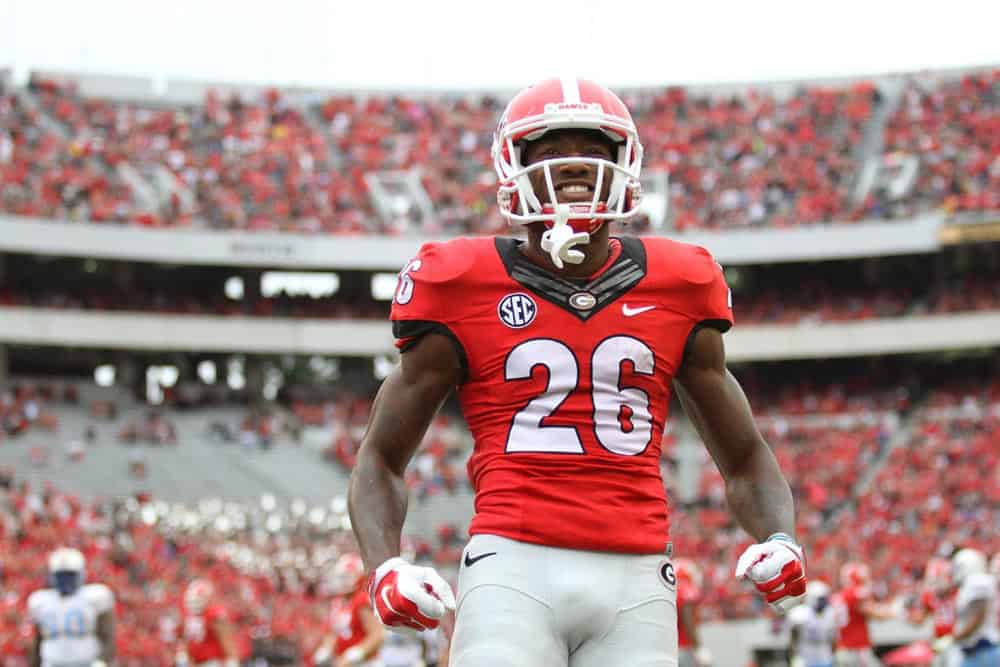 ATHENS, Ga. – Georgia senior receiver Malcolm Mitchell has been named to the SEC Football Community Service Team, it was announced Wednesday by the conference office.

A native of Valdosta, Mitchell has supported countless community service initiatives including Usher’s New Look Foundation; Learn, Play, Excel; Camp Sunshine; Gage’s Dawg Fight Against Cancer; the Boys & Girls Club of Atlanta; and many others. He has also been honored this year with the 2015 UGA Hornsby Howell Community Service Award and is a member of the 2015 Allstate AFCA National Good Works Team. Mitchell is an active member of a local book club and a regular reader and speaker at local elementary schools. He also launched his own program, “Reading with Malcolm,” which encourages children to read and influences parents to encourage their kids to take time to read.

Mitchell is the Bulldogs’ leading receiver this season with 53 catches for 751 yards and four touchdowns.

Georgia (9-3) will learn its bowl destination on Sunday. The Bulldogs have extended their school record streak to 18 straight seasons of going to a bowl, which is the second longest streak nationally.