Ogbeide and Gaines are a 'full go' on Saturday

Ogbeide and Gaines are a ‘full go’ on Saturday 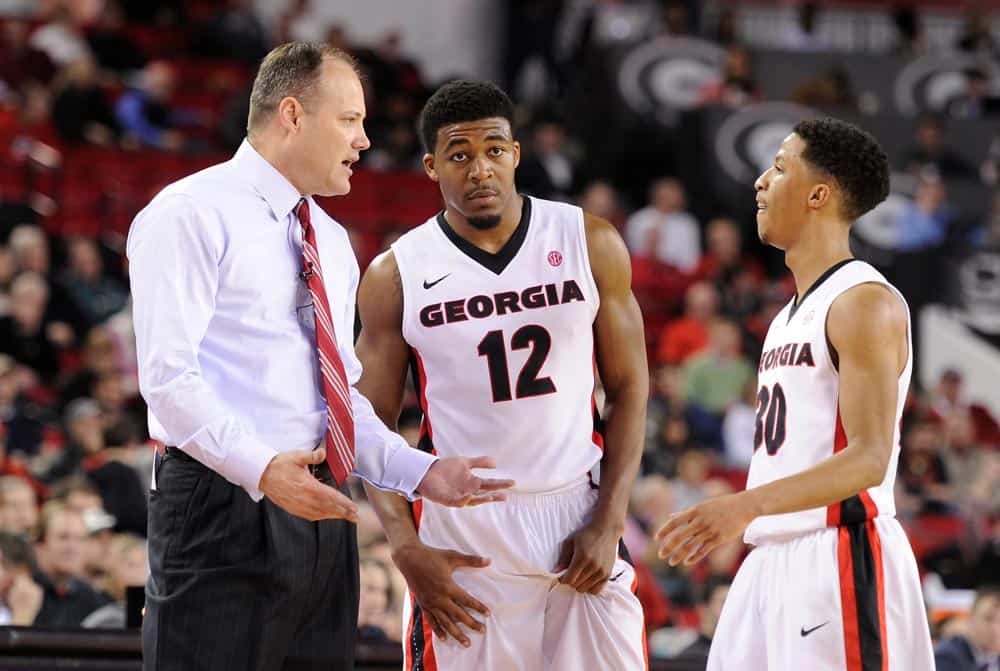 Georgia’s injury issues have been detrimental to reaching their potential for full success this season. Those injury concerns have begun to find closure as the Bulldogs’ rotation will begin to become more stable.

Derek Ogbeide and Kenny Gaines are both expected to play in Saturday’s game against Georgia Tech without a minutes restriction. Gaines was ruled out in Georgia’s last game against Winthrop due to a knee concern. Ogbeide saw his first action against Kansas State, but has yet to see consistent playing time this season. Mark Fox has said Georgia will be able to have more success with a healthy and stable rotation, and they’re one step closer.

Gaines is Georgia’s leading guard, and the Bulldogs must have him in the lineup each game in order to find success in conference play. Gaines provides a lockdown defensive presence, as he is usually matched up with the opponent’s best player in the backcourt.

Along with his defensive expertise, Gaines is also Georgia’s leading three-point shooter, hitting behind the arc at a 48% clip. Georgia is very fortunate that Gaines injury wasn’t serious, as their depth takes a huge knock and UGA would have to depend on J.J. Frazier to play exceptional defense while at a significant height disadvantage.

Ogbeide is one of Georgia’s young men, but one that Coach Fox and the Bulldogs are depending on to be a vital part of their success. We haven’t seen very much of Ogbeide, but know he has great size and causes concern for opponents down low.

During Ogbeide’s absence, Georgia has had to shuffle their rotation greatly, giving big men inconsistent minutes, which causes the offensive production to suffer. As a result of the deficiencies in depth, Georgia’s breakout player Yante Maten has had to play at the “5” or center position, although he can have greater success at the “4” or power forward position.

With that said, Georgia is excited to see Ogbeide get more playing time as more players can settle into their roles as Ogbeide gets more exposure to the college game. In the near future, I’d look for Houston Kessler or Kenny Paul Geno to go back to their bench roles, and for Ogbeide to crack the starting lineup to be paired up with Maten.

Georgia’s rotation further begins to take shape which should lead to more consistent success. However, the Bulldogs still await the return of Juwan Parker from an achilles injury. Parker is known as a lockdown defender and has experience playing significant minutes. Parker’s injury seems to be fairly serious and he is expected to be out for an extended period.

The Bulldogs will try to harmonize their rotation after numerous changes during the break for final exams. Georgia’s next matchup takes place Saturday as “Clean Old-Fashioned Hate” hits the hardwood. Georgia Tech will head to Athens and Georgia will hope to end the Yellow Jackets success against them. Tune in on Saturday at noon on the SEC Network.