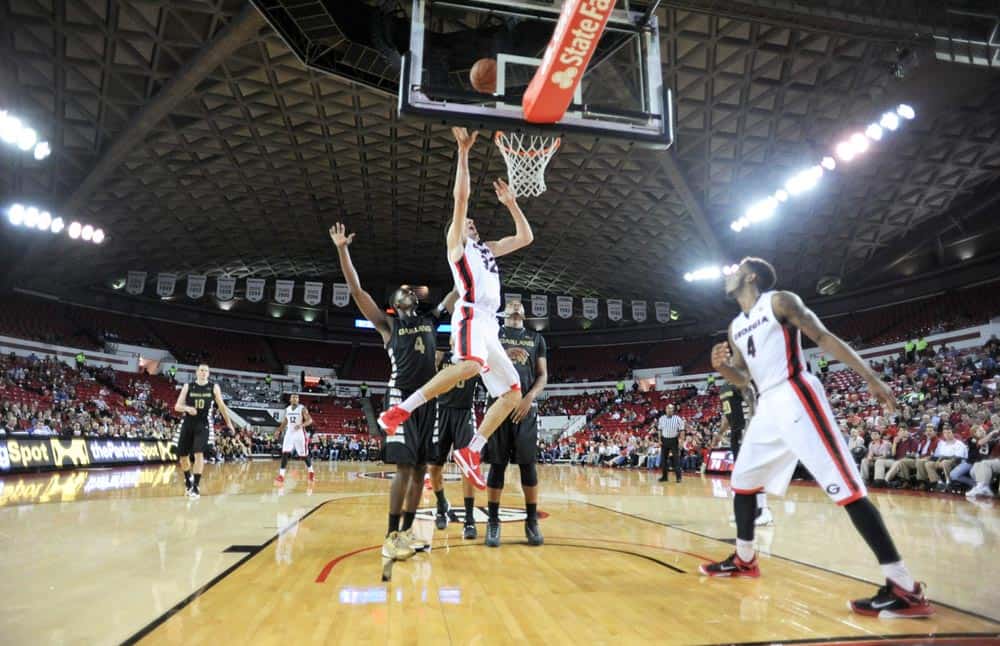 Georgia (3-3, 0-0 SEC) hosts Winthrop (6-1, 2-0 Big South) for their seventh game of the season, and last game until an 11-day layoff as there will be a sole focus on academics and final exams. Georgia comes off of a heartbreaking loss to Kansas State which ended with controversy. With that said, Georgia desperately needs a win as the beginning of conference play looms.

Georgia’s keys to victory seem repetitive, as they will fall if they don’t execute in areas such as turnover avoidance and free throw shooting. The Bulldogs have plenty of talent, but haven’t been able to put it all together yet. This raises a red flag as Georgia will soon begin to play games with a greater deal of importance.

This past Friday, we only saw forward Derek Ogbeide play less than a minute against Kansas State. He is going to see more consistent playing time beginning tonight, and his skill set should help Georgia immensely. If Georgia hopes to get back on track, it starts tonight against Winthrop.

Winthrop will bring some talent to Athens which will make it tougher for Georgia to contend with. The Eagles’ only loss was a narrow defeat to a talented NC State team, so that shows they can compete with the big boys. Winthrop features four double-digit scorers, including senior Jimmy Gavin (18.4 PPG) and sophomore Xavier Cooks (14.4 PPG). These two scorers will give Winthrop the best shot to come out on top. Georgia must shut them down to have very little trouble in a crucial game.

The season isn’t starting off great for Georgia, but they have time to get back on track. It must start here tonight if their hopes of making the NCAA tournament for a second consecutive season want to be fulfilled. This serves as a good shape-up game for Georgia heading into power-five competition. Frankly, Winthrop isn’t as good at team basketball as other mid-majors Georgia has played including Chattanooga, High Point, and Oakland; despite having multiple scorers in double-digits. The importance of this game will lead Georgia to play their best basketball and come out victorious.

In the injury news for Georgia, forward Juwan Parker will remain out with an achilles injury. Guard Kenny Gaines is also out for an undisclosed reason, according to a report by Fletcher Page.