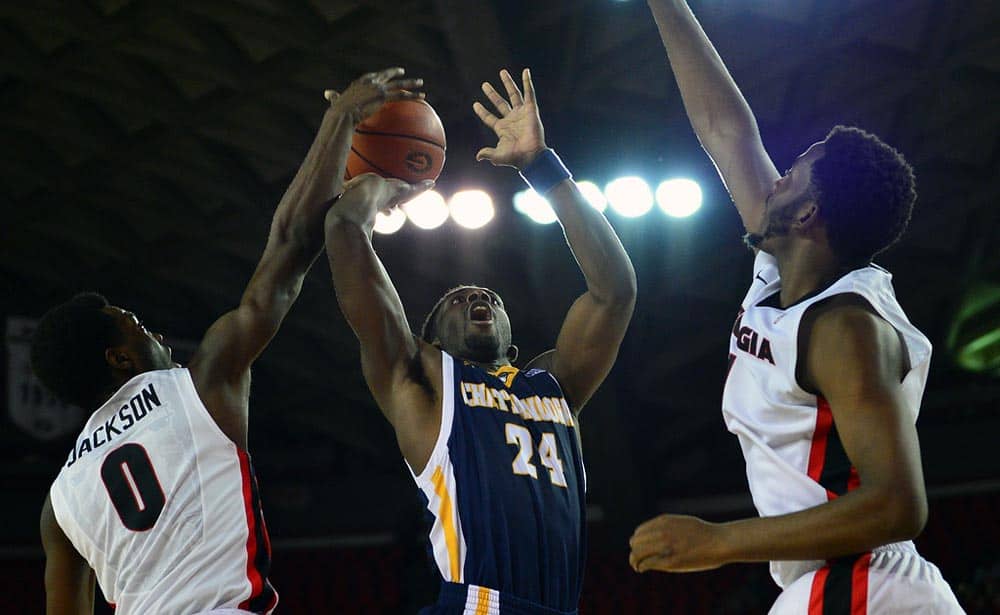 Georgia hosts the Oakland Golden Grizzlies for their fifth game of this young season. After the heartbreak at Seton Hall, a bit of a breather is needed for the Bulldogs. I think they are presented with a quality opponent, but one who has struggled against weaker teams.

It may turn out that Georgia has too much firepower for Oakland to come out of Stegeman Coliseum with a victory. Here’s a look at how each team can come out on top, as both need a victory in the worst way.

The Golden Grizzlies appear to be a two-man show, but those two guys can make a significant impact. Junior guard Kahlil Felder and sophomore center Percy Gibson are the two men that lead their offensive attack.

Felder has averaged a double-double (23.6 PPG and 10.8 APG), and Gibson isn’t far off, averaging (18.2 PPG and 8.8 RPG). These two players seem to stand out on their roster. However, in order to beat Georgia, that will not be enough. Oakland will need to make this a five-man effort in order to make this a game. If they are to do that as well as minimize mistakes, they will have a great chance of coming out on top.

I could give the same keys I’ve given in previous matchups, shoot well from the field and the stripe. That all still stands true and will be important as Georgia still seems to struggle. However, the Seton Hall game indicated to me that Georgia wasn’t consistently executing their strengths.

The player that stands out to me for Georgia is senior guard Charles Mann. This past Saturday, Mann seemed to settle for outside shots rather than driving in and getting foul opportunities or getting baskets at the rim. Getting to the rim is Mann’s undoubted strength. Therefore, in order for Georgia to win they must implement Mann’s offensive style effectively.

Also, Georgia freshmen need to minimize mistakes. If Georgia comes in and plays Georgia-style basketball, they will come out on top.

The injury front for Georgia looks to be the same as it was against Seton Hall. Juwan Parker (achilles) remains out and Derek Ogbeide (shoulder) is a game-time decision. I think this game would be a good opportunity for Ogbeide to get some minutes, as he will be needed full force on Friday against Kansas State.

This game definitely won’t be smooth sailing for a full 40 minutes, as Oakland has some scorers. However, I think Georgia takes care of business, as this serves as a breather for the mega showdown this Friday against Kansas State. I wouldn’t doubt that Georgia comes out on a mission and gets their anger out after a heartbreaker in their last game.
Score: Georgia 82, Oakland 64.