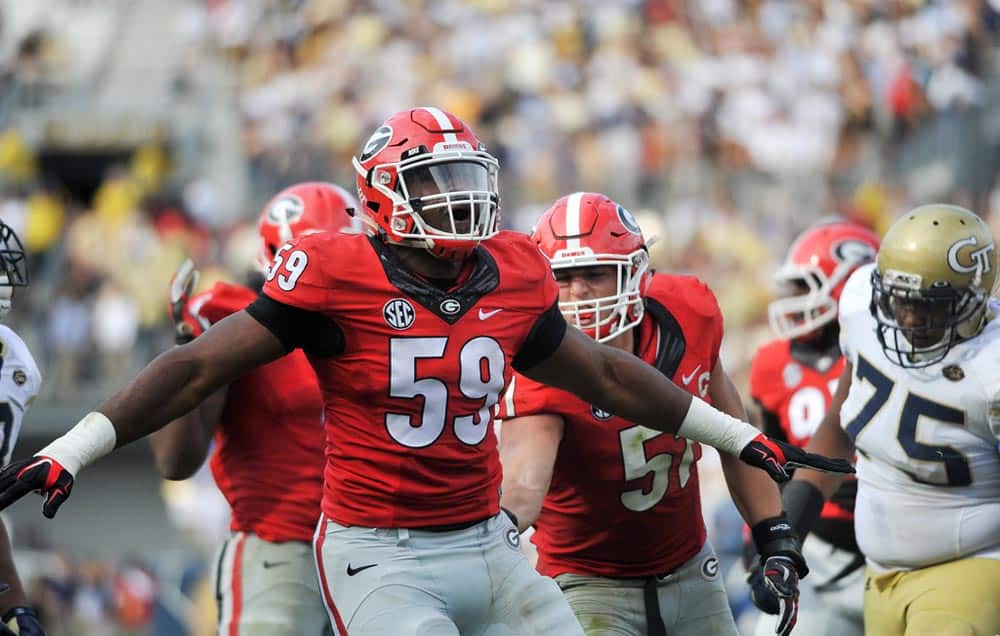 Georgia has been unranked in every poll since the narrow 38-31 defeat to Tennessee. In the final USA Today Coaches Poll, that has changed as Georgia sneaks into the final spot.

The Bulldogs won four straight games to close out the regular season and had been climbing up the “Others Receiving Votes” ranks. It may seem like a minor deal to crack the Coaches Poll, but it serves as recognition for the adverse times they’ve faced and their finishing success.

The AP poll was announced earlier today and the Bulldogs were not among the Top 25. The final College Football Playoff rankings will be announced at 3pm ET, in which will matter the most.

Along with the search of being ranked, Georgia and Bryan McClendon’s bowl fate will be revealed around 4pm Eastern. The rumors have spread that the Dawgs will travel to Jacksonville for the second time this season, this time for the TaxSlayer Bowl. Georgia could potentially face Penn State, but other Big Ten and ACC teams are still in the mix.

It should be an exciting day for the Dawgs, full of recognition and fate. Where they end up remains to be seen.