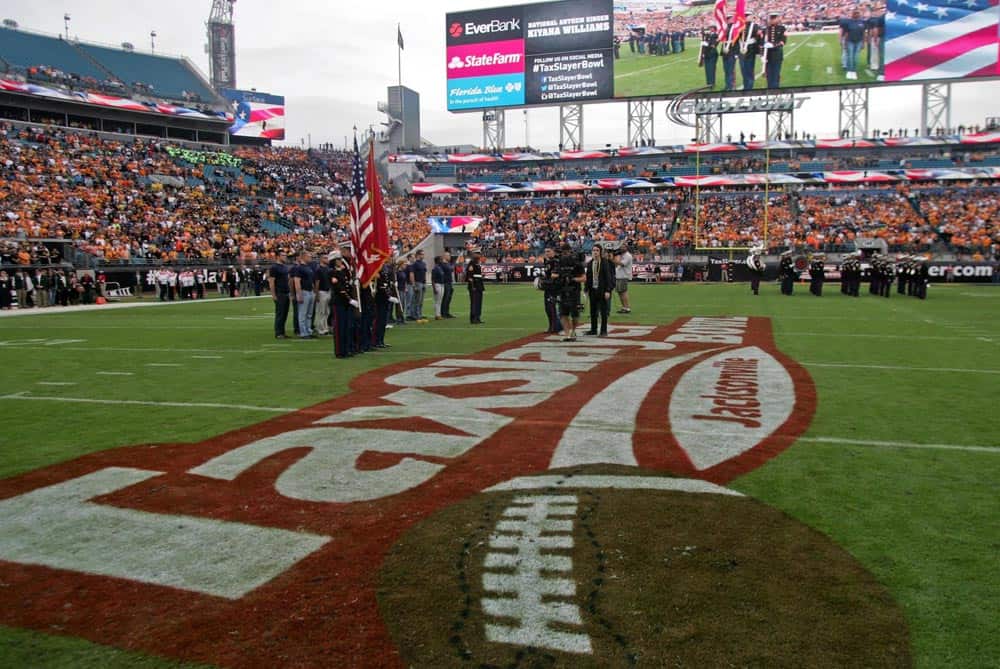 Georgia’s bowl fate has been determined. The Bulldogs are headed to Jacksonville to clash with Penn State in the TaxSlayer Bowl. The Nittany Lions finished the season at 7-5, with key wins over San Diego State and a blowout of Illinois.

“We are delighted with the selection of our team to represent the Southeastern Conference in the TaxSlayer Bowl,” said UGA J. Reid Parker Director of Athletics Greg McGarity. “Jacksonville is blessed with good weather, outstanding attractions, a first class stadium and we look forward to competing against an outstanding Penn State team. I’m sure our coaches, players, and fans are excited and anxious to get back to Jacksonville and enjoy all the city has to offer.”

“This is an exciting opportunity for our team and especially our seniors to play on January 2 in a great facility and warm weather city,” said UGA interim head coach Bryan McClendon. “It will be a chance to record another ten-win season and we’re looking forward to playing Penn State which is one of the iconic brands in college football. They are very rich in tradition and have had a successful season. I’m sure they will be at their very best on January 2.”

Georgia meets again with a familiar foe, James Franklin formerly of Vanderbilt. Franklin went 1-2 against Georgia when with the Commodores. Franklin has definite background against Georgia, so this creates intrigue as Penn State will come in with knowledge on how Georgia executes.

This will be Bryan McClendon’s first and only game at the helm for Georgia as interim head coach. Mark Richt had planned to coach the game, but was then hired by Miami (FL) sooner than expected. McClendon has been with Georgia for numerous years, so he was hand-picked due to his experience.

Historically, Georgia has played in the TaxSlayer Bowl four times, most recently in 2013 when Nebraska defeated Georgia by a 24-19 score. Georgia also has experience from playing in EverBank Field, due to the historic Georgia/Florida rivalry being played there yearly.

This bowl game qualifies as a second-tier selection, so after a disappointing season for Georgia, this serves as a nice reward for battling adversity. Georgia will have a clear goal of finishing the season strong, despite a coaching shake-up. This will hopefully serve as a launching pad for future success for Georgia, as they can show they won’t be backed down.