Five in double figures in win against Oakland

Five in double figures in win against Oakland 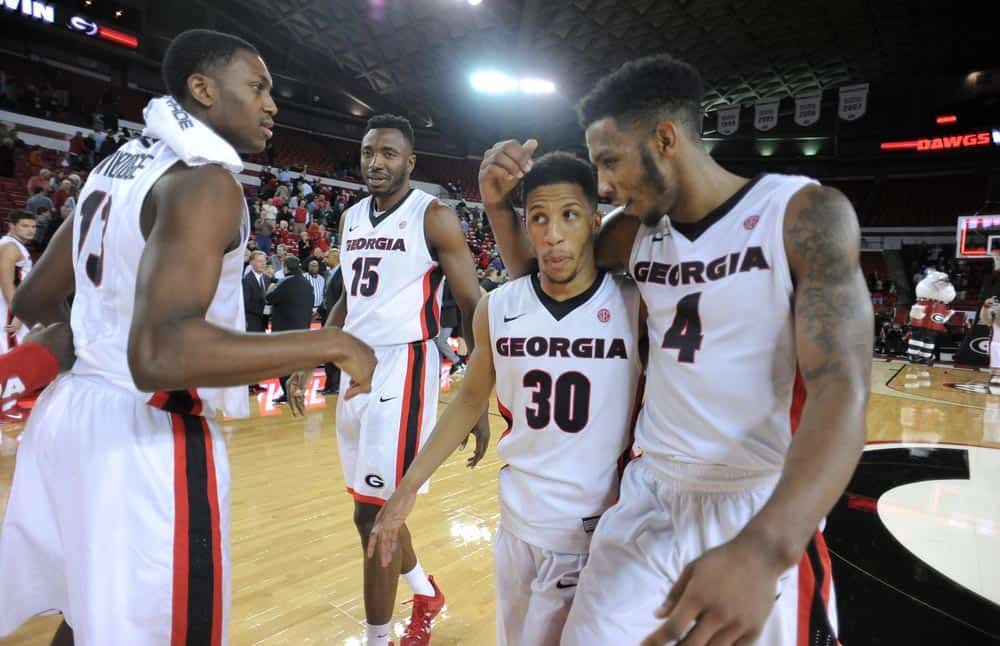 J.J. Frazier led the Bulldogs with a season-high 23 points, followed by Yante Maten with 21, Charles Mann with 15, Mike Edwards with 14 and Kenny Gaines with 10. Maten’s 21 points tied a career-high while going 9-10 from the charity stripe. The sophomore also led the Bulldogs with nine rebounds.

Mike Edwards posted his first-career game scoring in double digits. Edwards’ 14 points not only set a career-high, but also marked the first time the freshman scored in double figures in his career.

“It’s been a hard week,” head coach Mark Fox said. “I’m really proud of our team for beating a good basketball team. Oakland is probably as good as an offensive team as we have seen in a long time. I have great respect for coach Kampe. They’re a terrific offensive team. We had a hard time guarding them. We’re growing up offensively ourselves. J.J. responded after a poor game last game for a good one. We feel good about the win.”

Oakland took a 37-34 lead to the locker rooms at half. Georgia was sparked midway through the first-half by a big dunk from Mike Edwards with nine minutes left in the period cutting the score to 20-13. J.J. Frazier pushed the momentum further hitting a three-point basket on the next possession. The Bulldogs rode the momentum into the half trimming the Golden Grizzlies’ lead to three.

Georgia was led in the first-half by Yante Maten with had 10 points and five rebounds. Georgia shot 40.6-percent from the floor in the first twenty minutes while holding Oakland to 41.9-percent.

With 7:07 left on the clock, J.J. Frazier hit a 15-foot jumper to give the Bulldogs their first lead of the half. The remaining seven minutes went back and forth with each team hitting big shots down the stretch.

Georgia made several keys plays during the final 60 seconds to secure the victory, including two free throws from J.J. Frazier to push the Dogs’ lead to four with under 20 seconds to play.

The Bulldogs return home on Friday night for the SEC/Big 12 Challenge hosting Kansas State at 7 p.m. ET in Stegeman Colesium. The game will be nationally televised on the SEC Network.