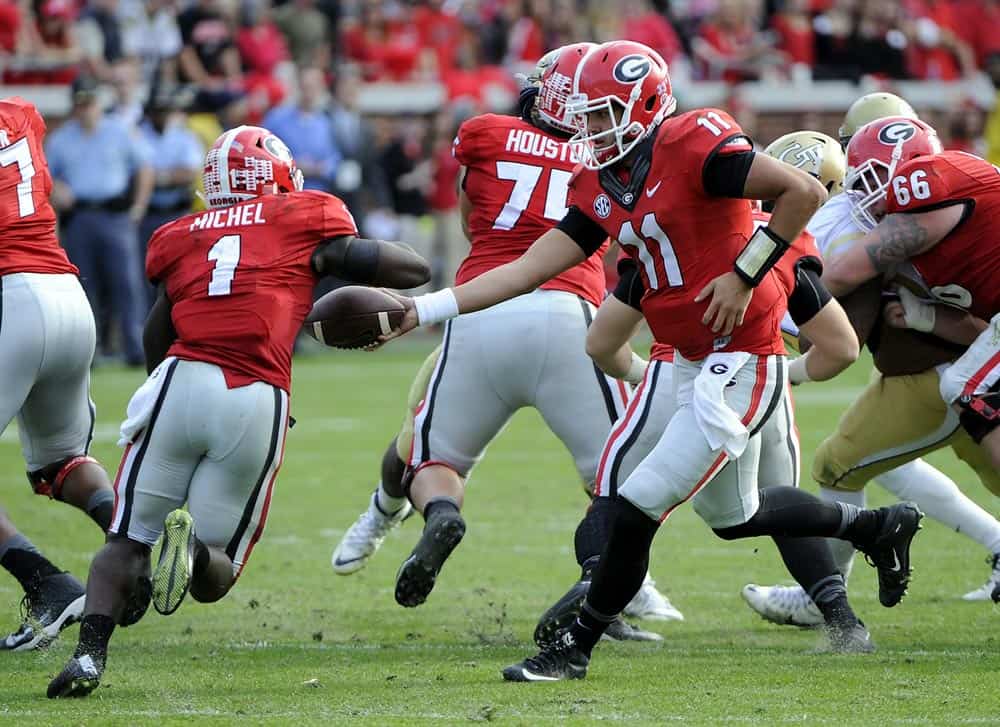 The Bulldogs worked out in jerseys, shoulder pads, helmets and shorts on the campus of the University of North Florida. Georgia interim head coach Bryan McClendon and selected Bulldogs met with the media before practice. McClendon confirmed that senior fullback Quayvon Hicks would miss the TaxSlayer Bowl game due to an injury.

“Quayvon will not play in the bowl game; he has a lot to look forward to as he moves on, and you hate to see a senior not get to play in his final game because of an injury,” McClendon said.

The Bulldogs (9-3) face Penn State (7-5) on Jan. 2 at noon at EverBank Field. The Bulldogs are looking to win 10 games in a season for the 22nd time in school history. Additionally, the senior class enters the game with a 39-13 record.

“The seniors are extremely important to this program; any program you need good leadership period,” McClendon added. “Our guys have done an extremely good job this year. The opportunity to get 40 wins in a career and a 10-win season that is huge for them.”

Georgia is making its 51st appearance in a bowl game when it faces the Nittany Lions. The Bulldogs are playing in a bowl game for a school record 19th consecutive season.