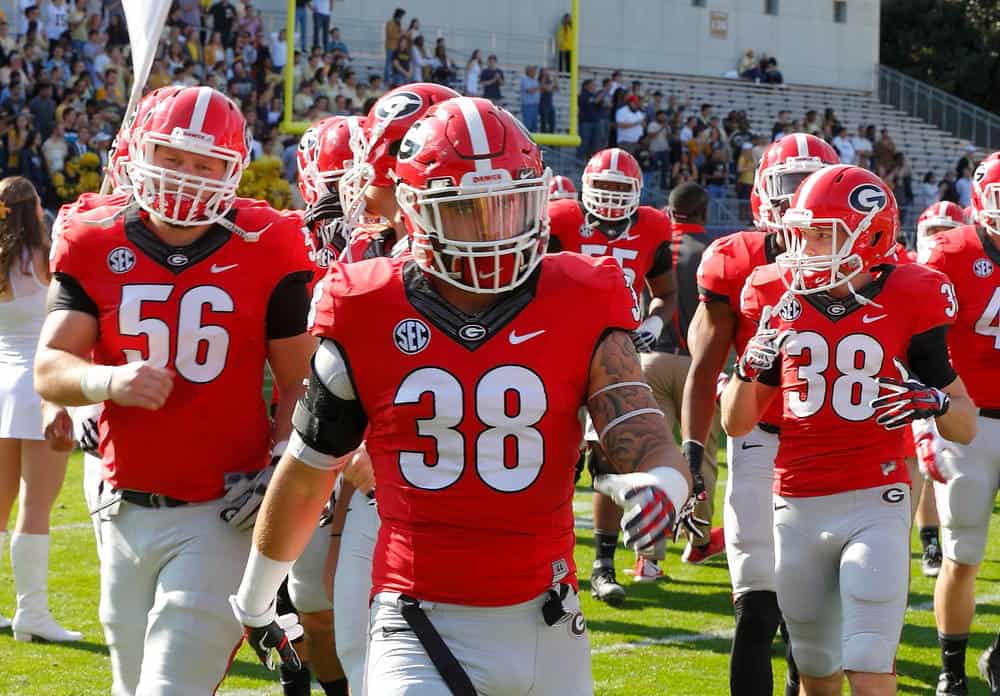 The Georgia football team inched closer to the Christmas break with a two-hour workout in helmets and shoulder pads on the Woodruff Practice Fields on Monday.

Monday’s session marked the sixth of seven practices scheduled in Athens in preparation for the 2016 TaxSlayer Bowl against Penn State slated for Jan. 2 in Jacksonville, Fla. The Bulldogs will practice again Tuesday morning, then will reconvene at the bowl site on Sunday.

• On shaking up the lineup: “We’ll sit down and talk personnel and evaluate everybody who’s gone through bowl practice,” McClendon said. “We’ll see if anyone has earned more playing time, if anyone needs to lose playing time, and go from there.”

• On Coach John Lilly talking over the play calling for the offense: “It’s similar to how it’s always been,” McClendon said. “It’s a group effort coming up with ideas and tweaking what comes into the game. … Ultimately, it’s what hits the play-caller’s brain best and what he’s comfortable calling.”

• On Coach Kevin Sherrer taking over the play calling on defense: “Kevin is a very good ball coach,” McClendon said. “He’s run this defense before and called it at South Alabama. He’s got more experience on that end and is comfortable calling the defense.”

• On freshmen getting a chance to shine in bowl workouts: “Bowl practices are like an early spring practice in a sense because you go back to basics and focus on fundamentals,” McClendon said. “You see a big improvement during that time in freshmen, not just here but everywhere. School’s out so there’s no homework, no papers, no tests, and they can really put their time and effort into what we’re teaching. If the young guys keep improving and work their way into more playing time, we’ll reward them.”

• On his future after the bowl: “I’ve kept my focus on the bowl and have pushed everything else back,” McClendon said. “But I’ll have three or four days this week to sit down and really investigate and talk to people and come up with what’s best for the McClendon family. On the 27th, all my focus will be back on the bowl game. We’ll be focusing on the game, focusing on the kids and focusing on making UGA the best it can be in Jacksonville.”

McClendon also announced that running back Brendan Douglas (wrist surgery) and linebacker Tim Kimbrough (suspension) will not play in the bowl.

The Bulldogs (9-3) will be looking to win 10 games in a season for the 22nd time in school history. The seniors enter the bowl with a 39-13 record as the class seeks its 40th win. Georgia will be making its 51st appearance in a bowl game when it battles Penn State (7-5). The Bulldogs will be playing in a bowl for a school-record 19th consecutive season.

The TaxSlayer Bowl will kick off at noon on ESPN on Saturday, Jan. 2. The broadcast team will feature Allan Bestwick (play-by-play), Dan Hawkins (analyst) and Tiffany Greene (sidelines).