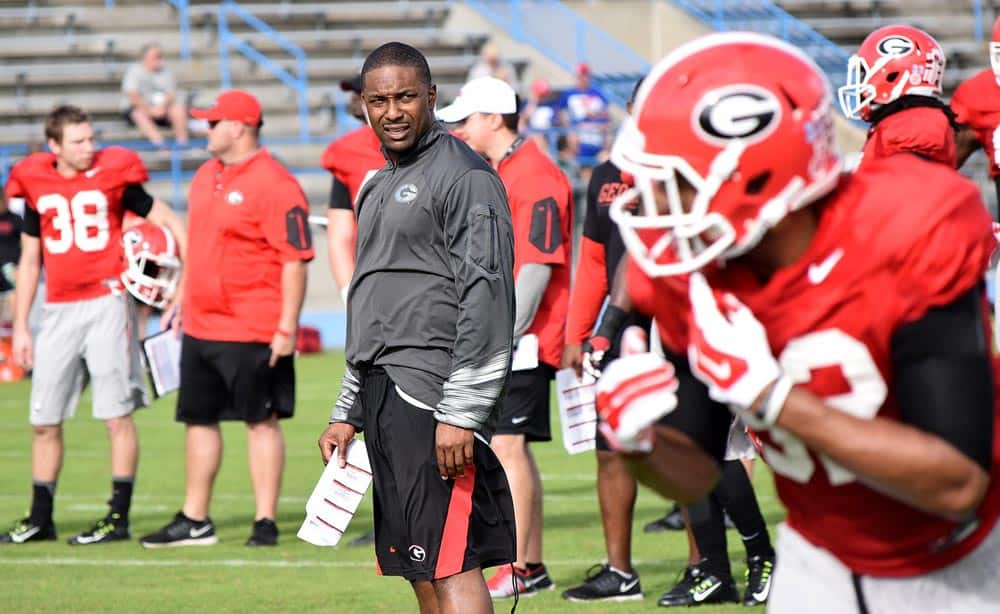 ATHENS, Ga. – The Georgia football team practiced for the final time at the University of North Florida’s Hodges Stadium on Thursday morning as they prepare for the TaxSlayer Bowl.

Georgia is the home team in the matchup with Penn State on Saturday afternoon. The Bulldogs will be playing in their 19th consecutive bowl game, which is tied for the nation’s third-longest streak.

“We are honing in at this point, making sure everything is right,” said Bulldog interim head coach Bryan McClendon. “We wanted to make sure our game plan is down today and make sure we are game ready. Our goal with two days to go before the game is to assure that our guys are fresh and ready to play.”

On Wednesday, the team visited the Naval Station Mayport. Mayport is one of three major Navy installations in the Jacksonville area. The facility is home to a busy seaport as well as an air facility.

“It was wonderful for the guys to get a behind-the-scenes look,” McClendon said. “Those people fight for our freedom so we are able to do what we do, and I think our guys appreciated that. It was gratifying to see that our guys were as much fans as their people were of us. We are all so appreciative of what they do and I was proud of the way our guys acted during an opportunity like this.”

In the afternoon, a handful of Bulldogs will spend time visiting patients at the Wolfson’s Children’s Hospital. In the evening, there will be a team dinner at a local steakhouse. Friday’s schedule will feature a walk-through with morning and evening meetings at the team hotel. Also, McClendon and the six Bulldog captains will participate in a bowl press conference at EverBank Field.