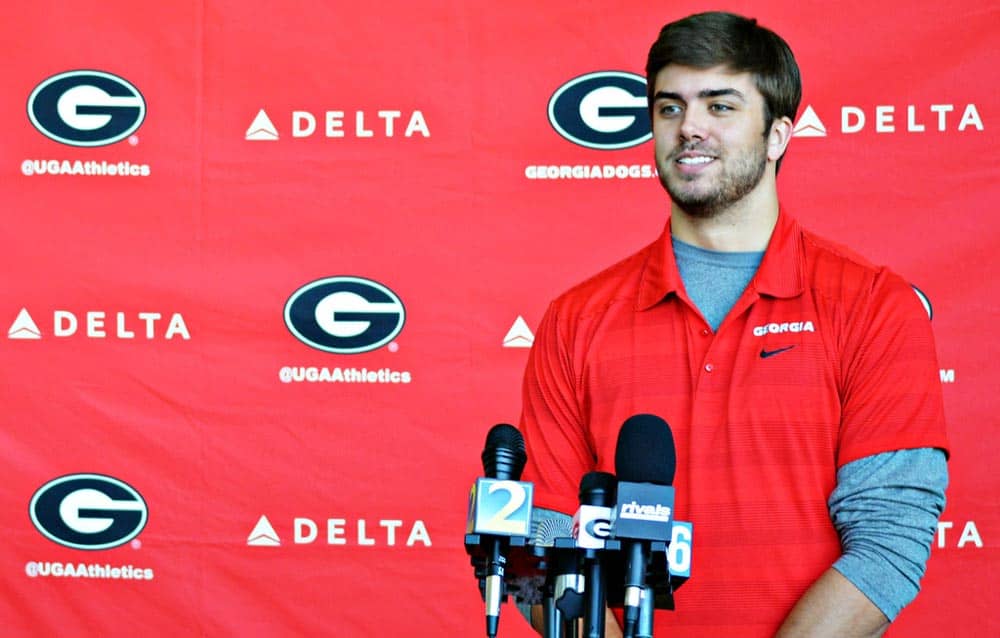 With final exams complete, the Georgia Bulldogs turned their focus to football and conducted a two-hour workout Wednesday evening.

It marked the first of seven scheduled practices in Athens in preparation for the 2016 TaxSlayer Bowl against Penn State slated for Jan. 2 in Jacksonville.

Georgia’s interim head coach Bryan McClendon and selected Bulldogs met with the media during a Wednesday luncheon and discussed the upcoming contest against the Nittany Lions (7-5). The Bulldogs (9-3) will be looking to win 10 games in a season for the 22nd time in school history. Additionally, the senior class enters the game with a 39-13 record. Georgia will be making its 51st appearance in a bowl game when it battles Penn State. The Bulldogs will be playing in a bowl for a school record 19th consecutive season.

“I see this game as an opportunity, and the last game of this season,” McClendon said when asked about the bowl game. “It’s an opportunity to give these seniors those 40 wins and get a 10-win season.”

Senior defensive tackle Sterling Bailey is thankful of the opportunity to play one more time for the Bulldogs and excited to see McClendon in the role of interim head coach.

The TaxSlayer Bowl will kick off at 12 p.m. (EST) on ESPN on Saturday, Jan. 2. The broadcast team will feature Allan Bestwick (play-by-play), Dan Hawkins (analyst) and Tiffany Greene (sidelines).