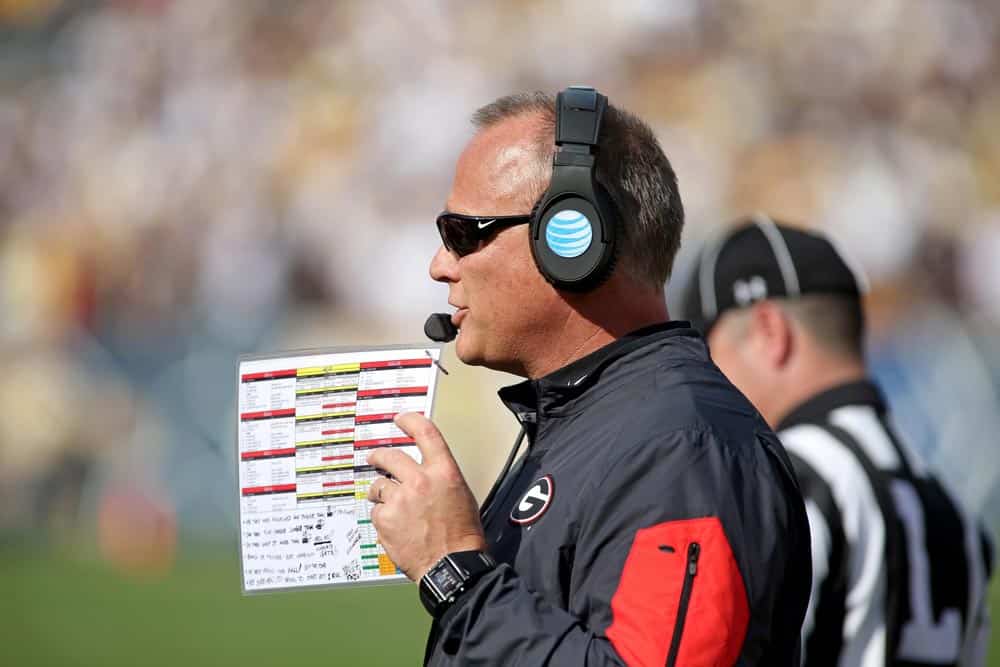 UGA head coach Mark Richt has been fired, according to a report by Mark Schlabach of ESPN. The school confirmed the news in an email at 12:38 pm (see below).

Mark Richt led the Bulldogs to a 9-3 record this season, including 5-3 in the SEC. But the losses, and the way Georgia lost, likely led to Richt’s dismissal.

The Bulldogs were destroyed at home by Alabama 38-10, squandered a 21-point lead at Tennessee and lost 38-31, and were blown out by Florida in Jacksonville 27-3.

Richt recovered, however, to win the final four games of the season, although over competition the Bulldogs were favored to beat.

Looking at the big picture, Georgia hasn’t won the East since 2012 and hasn’t won an SEC title since 2005. Also, Richt has a losing record lately against ranked teams.

Below is the official release from UGA:

“Coach Richt and I met Sunday morning to discuss the status of our football program,” said UGA J. Reid Parker Director of Athletics Greg McGarity, “and we mutually agreed that he would step down as head coach and would have the opportunity to accept other duties and responsibilities at UGA following the bowl game.”

“I appreciate the opportunity of serving the University as well as considering any other options that may present themselves in the future,” said Richt.

“On behalf of the University of Georgia Athletic Association and Bulldogs everywhere, I want to thank Mark and Katharyn for 15 years of remarkable service to the UGA community, hundreds of our students and staff, and to college football,” McGarity continued.

“Mark’s record on the field was outstanding; however, his impact on college football goes well beyond the gridiron. His fingerprints are evident on shaping the lives of children, many of whom attend a Bulldog summer camp or a retreat; they are evident on the prospective student-athletes as they determine what college to attend — whether it be UGA or a competitor; they are evident on his current players, and probably even more so, on those who have lettered and are in the workplace, as fathers and husbands. For those contributions, we are sincerely appreciative.

“Mark has touched thousands of lives over the past 15 years — he has a huge heart and his positive influence has affected many people, young and old. We will never actually know how many people were positively impacted by a comforting phone call, a sympathetic or uplifting note, an autographed football or photo — he had the unique ability to shine a bright light on others when they needed it most.

“Mark has the opportunity to remain on our staff at the University of Georgia, and would be heavily involved with outreach programs for our former football lettermen via the PO Network as well as other University and Athletic Association initiatives. We wish Mark, Katharyn and his family the best as he enters a new chapter of his life.”

“Mark Richt has been an outstanding coach and mentor to our student-athletes during his fifteen-year tenure, and we have developed a strong and enduring friendship during that time,” said UGA President Jere W. Morehead. “I am deeply grateful for his many years of dedicated service to the University of Georgia, and I particularly appreciate the positive way he has represented UGA. I have asked Mark to remain engaged with the institution in a new leadership role, and I look forward to hopefully working closely with him as we advance our capital campaign at the University of Georgia. I know all UGA alumni and supporters will look forward to celebrating the successful conclusion of his coaching career at UGA in a bowl game later this year. I want to wish Katharyn and the Richt family all the best.”