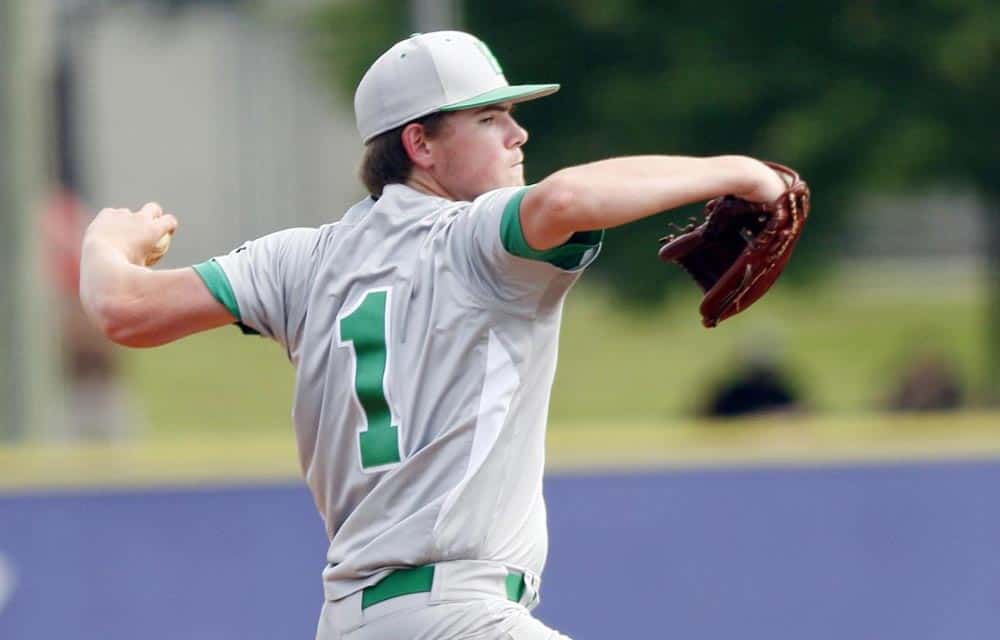 The Georgia Bulldogs will bring in an elite pitcher for their 2016 class. Justin Glover, out of Buford High School (Buford, GA), will have expectations around him and the potential to play at the highest level.

Glover will come into UGA during their process of rebuilding to once again becoming a perennial power. I was able to sit down with Justin on his path to Georgia and what the school means to him.

Q: What’s the feeling of signing the NLI, guaranteeing your opportunity to play at the next level?
Justin Glover: “Signing the NLI was a major accomplishment and also a huge relief. I know it’s just a step in the process but it feels good knowing that all my hard work and sacrifices have helped me to achieve one of my goals.”

Q: What made you pick Georgia?
Glover: “I’ve always been a UGA fan. I knew from my first visit and meeting with the new coaching staff that Athens is where I wanted to spend my next 3-4 years. The coaches made me feel like I was at home and that was the deciding factor on why I chose UGA.”

Q: How do you see yourself fitting in with a team that’s rebuilding?
Glover: “I feel like myself along with the other members of my recruiting class will add a lot of depth to the roster and be able to make an immediate impact on the team.”

Q: How did playing at Buford help prepare you for the college level?
Glover: “Having to compete with other college-level players on a daily basis made me realize that I have to improve all the time. The culture and expectations at Buford are unlike anywhere else. I feel like playing here is as close to a college environment as you will find at any other high school.”

Q: How do you think Georgia baseball will do this season?
Glover: “I think the team will have a good year considering the fact that they have some key players returning from injuries. They brought in a very good freshman class in 2015 that will add a lot of talented depth to the roster.”

Q: Do you believe Georgia will give you a better chance to play professionally than other universities?
Glover: “Playing for Georgia in the SEC will expose me to the best competition in the country. The coaching staff at Georgia is committed to developing players for the next level which was shown in last year’s draft.”

Glover had a superb junior campaign, finishing with a 2-0 record in 18 innings, 2 saves and a 0.39 ERA. He is expected to do much of the same for his senior season. After he finishes high school, Glover should be integral to Georgia’s rebuilding process. His personality and outlook is perfect in order for him to have success at the college level.