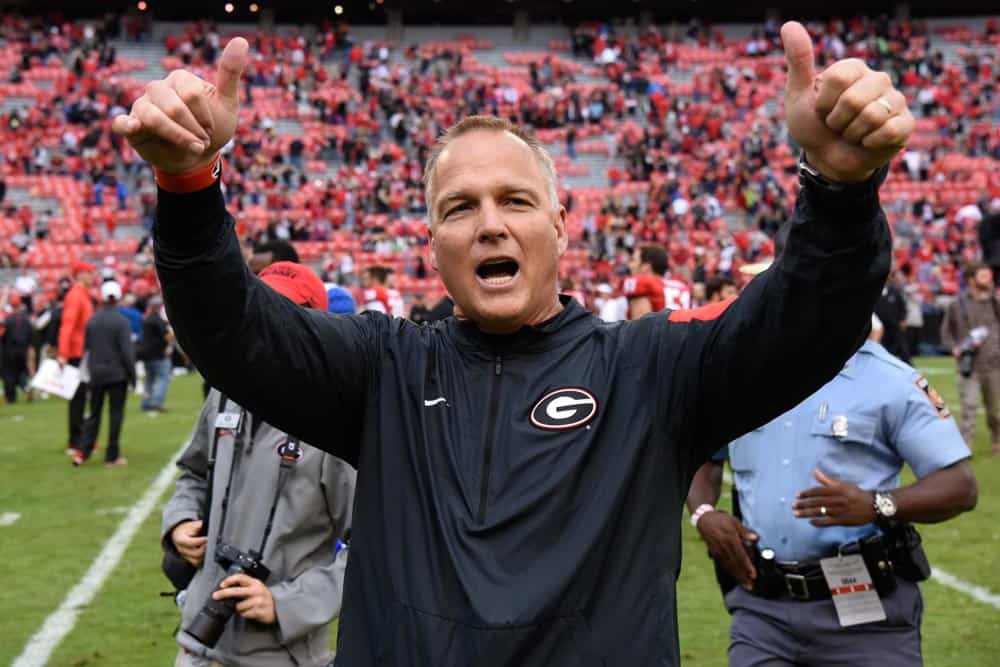 Richt has gone on record in the past in support of playing FCS schools because it would help them in “making their budgets” and because college football is “too important at all levels.”

ESPN.com’s Edward Aschoff asked Richt today about the issues that would occur if SEC teams decided not to schedule FCS teams anymore. Below are Richt’s comments:

“I think it would be awful. I think we’d really hurt college football in America. In my opinion, when it comes to strength of schedule, Power Five conferences should be able to use their top 11 and allow everybody to play an FCS school if they choose to without worrying about how it might affect the strength of schedule for the College Football Playoff.

“And I say that because these schools, the FCS schools need to play these games, they need the paydays for that to continue their programs as they exist today. Just imagine all the young men across America that wouldn’t be able to play football and have a scholarship and get it paid for if it weren’t for all these schools.

“The other thing I learned is that the Division II schools benefit from the FCS schools they play, and they get a little bit of a payday when an FCS school plays a Division II school. It kind of trickles down all the way through college football across America. So I think it’s huge that we should be able to, without the fear of some kind of strength of schedule…we don’t want to jeopardize a shot at a playoff bid.

“That’s why I say hey, let’s put a caveat in there with the committee and say Top 11 games is what we’re counting and the other one you can choose to do that if you want to bless the FCS programs.

Georgia and essentially every SEC school plays one non-conference game each year. The ACC also plays one FCS school and have even had a few instances recently with a couple of their members playing two FCS teams in a season.

The Big 12, Big Ten, and Pac-12 also have teams that play FCS schools. The Big Ten will apparently discontinue scheduling FCS teams in 2016 and beyond, save for any that were already scheduled.

I’m in agreement with Mark Richt and I don’t think it’s a big issue to play one FCS team per year. The games should, however, be played in September like Georgia’s was this season (Southern on Sept. 26).

“I think the post-season is going to be reflective of who wins a championship and a quality ranking. So I don’t see that being an issue (playing FCS teams). I think there’s some opportunities for in-state schools to play LSU and I think there’s some positives to that. I think it fills the stadium full of people excited about Louisiana football.”