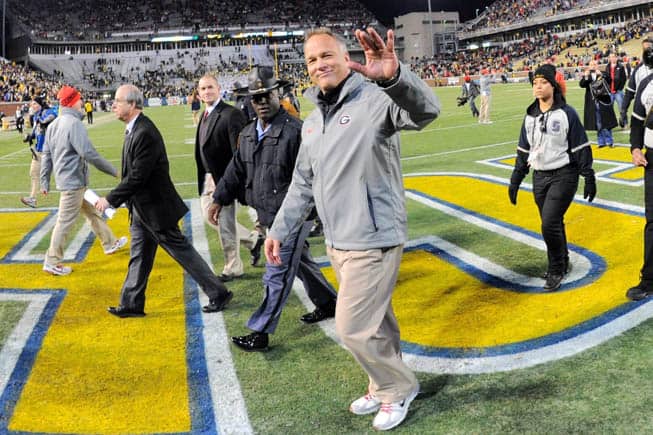 The SEC Spring meetings are underway this week in Destin, Florida, and one of the featured topics today was scheduling FCS teams.

Florida head coach Will Muschamp announced that the Gators will move forward without scheduling FCS teams, Ole Miss will continue to play FCS, while Alabama and Texas A&M will schedule them only when necessary.

Georgia head coach Mark Richt also spoke about FCS teams today, and he said that the Bulldogs will continue to schedule FCS teams.

“What I’m learning is if we as BCS teams – or whatever you wanna call us these days – if we don’t have those games with the FCS schools a lot of them have a very difficult time making their budgets,” Richt said. “I think college football is too important at all levels to hurt them by setting criteria that would not allow you to play them.”

With the College Football Playoff set to begin after the 2014 season, the power five conferences have been examining their strength of schedule since that will be one of the criteria that is judged.

But most of the top SEC teams usually have a sufficient strength of schedule. For instance, Georgia finished with the 8th toughest schedule last season, the 27th toughest in 2012, and the 23rd toughest in 2011, per Sagarin. Each of those schedules included an FCS team.

So it’s not automatic that scheduling an FCS team is going to hamper Georgia’s strength of schedule. They’ll need to continue to mitigate that by playing some better non-conference teams with the other two slots.

But the 2015 UGA Football Schedule should not be emulated. The Bulldogs play Southern, ULM, Georgia Southern and Georgia Tech.