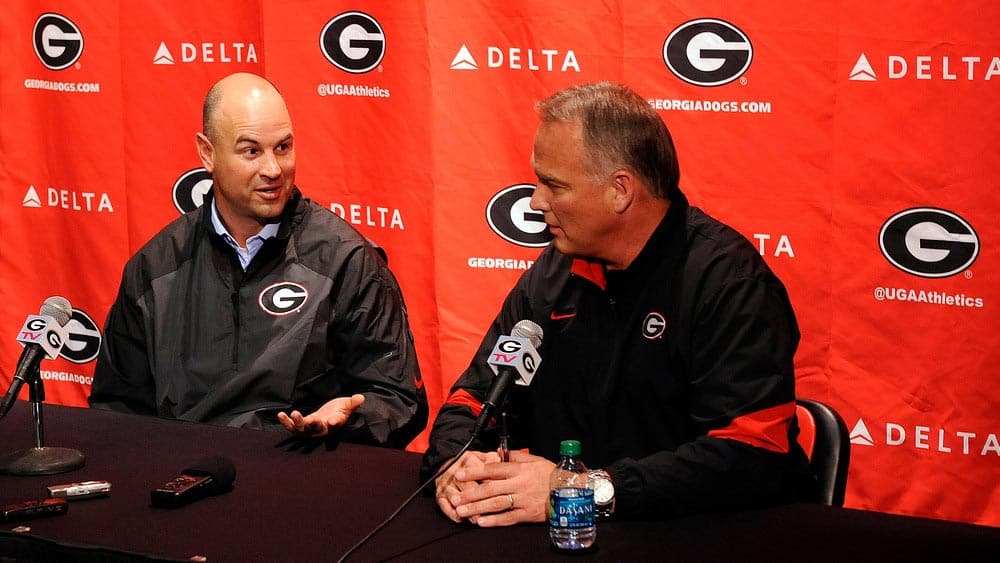 After a long morning of rumors on message boards and Twitter concerning the future of Jeremy Pruitt, Mark Richt doused water on the flames just after noon.

Just so everyone knows, Jeremy Pruitt is our defensive coordinator and is in the office working diligently getting ready for Kentucky!

Rumors swirled this morning that UGA defensive coordinator Jeremy Pruitt was either resigning or being fired today. The reasons differed based on the source, but most pointed to off-the-field issues that we won’t get into, because we don’t know if they are real or not.

Georgia’s defense under Pruitt has slowly gotten better the past two seasons. But a couple of lopsided scores in their two biggest games, Alabama and Florida, are a stain on his progress. But that didn’t seem like a reason for dismissal.

Rather, the style of Pruitt may be clashing with Mark Richt and others, according to several reports, most notably USA Today and FOX Sports.

Dan Wolken of USA Today reports that Pruitt “almost certainly will not be back, as his relationship with Richt and Georgia administrators has grown toxic.”

Wolken also offered the following conclusions based on his sources:

Bruce Feldman of FOX Sports has a more generalized report, stating that his sources say “…Richt is dealing with lots of friction inside the Georgia football program, some of it stemming from the old guard Bulldog staff versus the new guard regarding many of the changes in how the Dawgs program is run.”

Believe what you want, but it’s obvious Georgia has a lot of issues and it’s rearing its ugly head on the field. Hopefully the staff will regroup for the final four games of the season and likely bowl game.

At that time, but probably before the bowl game, some changes will surely occur among the staff. The question is, will there be small changes or big changes?