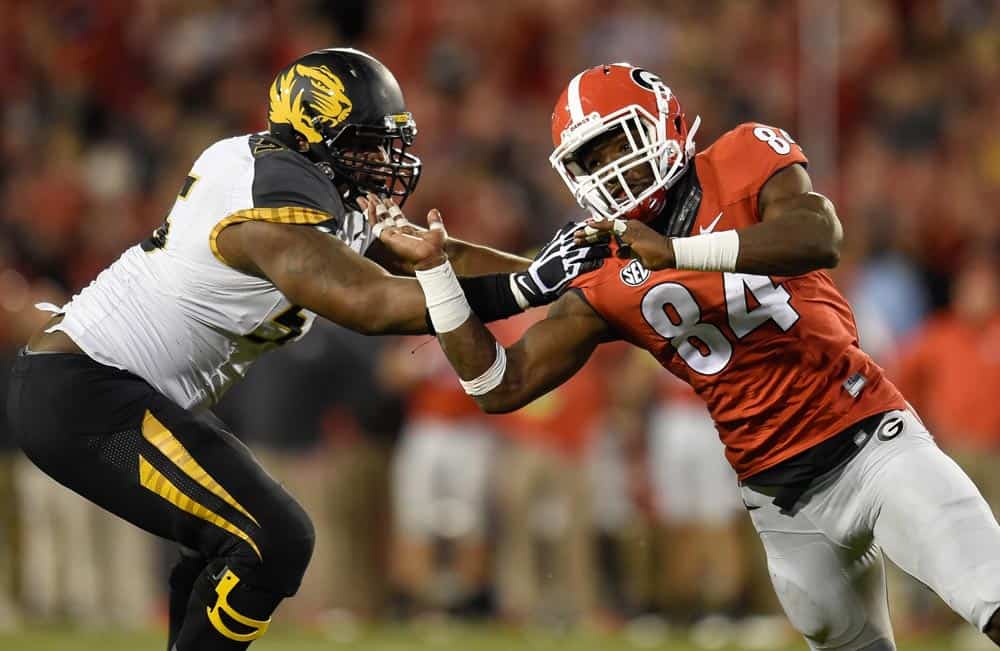 UGA junior outside linebacker Leonard Floyd has been named one of ten semifinalists for the 2015 Butkus Award.

Below are the ten semifinalists for the Butkus Award:

Leonard Floyd us tied for second with 22 solo tackles for the Dawgs. Combined with assisted tackles, Floyd is third on the team with 44. He also has 6.5 tackles for loss for 22 yards and 3.5 sackes, which leads the team, for 18 yards.

Floyd has also scored one touchdown this season after returning a fumble 96 yards against Tennessee.