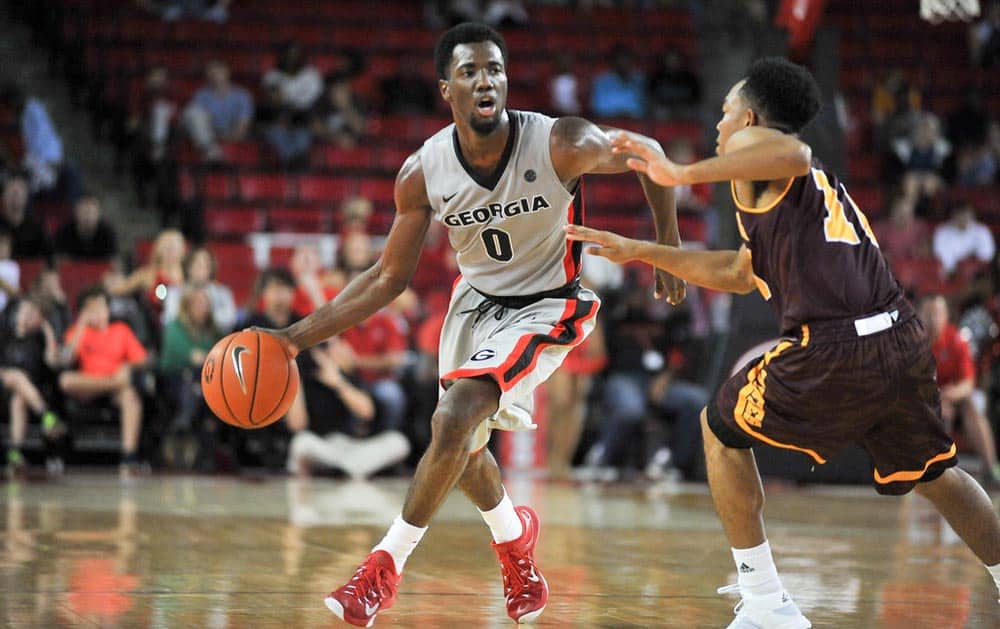 Georgia (1-1, 0-0 SEC) hosts High Point (3-1, 0-0 Big South) at Stegeman Coliseum for their pre-Thanksgiving matchup. High Point serves as a formidable test once again, as it will be a while before Georgia has a “walk in the park” matchup. High Point finished first in their Big South division last season, and has a great deal of experience returning. This should be a fairly even matchup, and Georgia must minimize mistakes in order to come out on top.

High Point must utilize their senior leadership, led by senior forward John Brown. He is the Panthers leading scorer and rebounder (19.8 PPG and 7.5 RPG). Without his impact, High Point is lost offensively with no one to replace his performance in their starting lineup. If Brown and his teammates show up, High Point could quite possibly pull off an upset in Athens.

The veteran presence for High Point serves as an advantage over Georgia’s youthful depth. As seen throughout college basketball, having a star player helps a team have success if they have a supporting cast that works well around him. It remains to be seen if Brown shows up in more ways than one in order to help his team have success as a whole.

It’s fairly simple for Georgia, the performance against Murray State cannot be repeated frequently in order for the Bulldogs to have sustained success. Georgia was carried by a single individual, Kenny Gaines, against the Racers. It’s definitely a personal success for Gaines, shooting 56% from the field and being named SEC Player of the Week.

However, other members of Georgia’s team must get involved. The ball couldn’t find the basket for the other Bulldogs, as the rest of the team shot under 20% and would’ve been in trouble without Gaines’ stellar performance. With these High Point Panthers being no joke, Georgia must implement the other facets of their offensive game in order to come out with the win. If all five players on the court shoot well and Georgia improves at the stripe (shot under 70% collectively the first two games), Georgia should tally their second win before heading to the Prudential Center on Saturday for a showdown with Seton Hall.

Georgia could once again be without two forwards for the third consecutive game, impacting their starting lineup and depth. Derek Ogbeide (shoulder) was spotted in a sling before the Murray State game and is reportedly not expected to return this week. Juwan Parker (achilles) is still dealing with a lingering injury sustained last season. Despite having surgery in the offseason, coach Mark Fox says that Parker has both good days and bad days, but cannot sustain relief to the ligament.

Both of these absences definitely take away from Georgia’s potential as a team. Parker’s defensive prowess is vital for Georgia to be on lockdown throughout the game, proven by the 92 points given up to UT-Chattanooga in the opener. Ogbeide serves as a big presence down low that can mix well with Yante Maten at the other forward spot. Despite his inexperience, we know his size can serve as a key piece to Georgia’s lineup. We will wait to see on Juwan Parker as he is a “game-time decision” but I wouldn’t expect to see Ogbeide against High Point.

With Georgia, you never know how they will perform. One game they blend nicely and minimize mistakes, while another game they will play sloppily and dysfunctional. I’d like to say Georgia will win handily against High Point. However, I can’t say that as I’ve been proven wrong the first two games.

I believe Georgia will have trouble managing the threats that forward John Brown brings, and along with Georgia’s depth being impacted, the Dawgs may have some trouble. This game could very well come down to the last few minutes, and I think Georgia comes out on top by a very small margin. A win counts in the record books despite the margin, but if Georgia plays as I predict, issues could lie ahead as they face more talented squads.