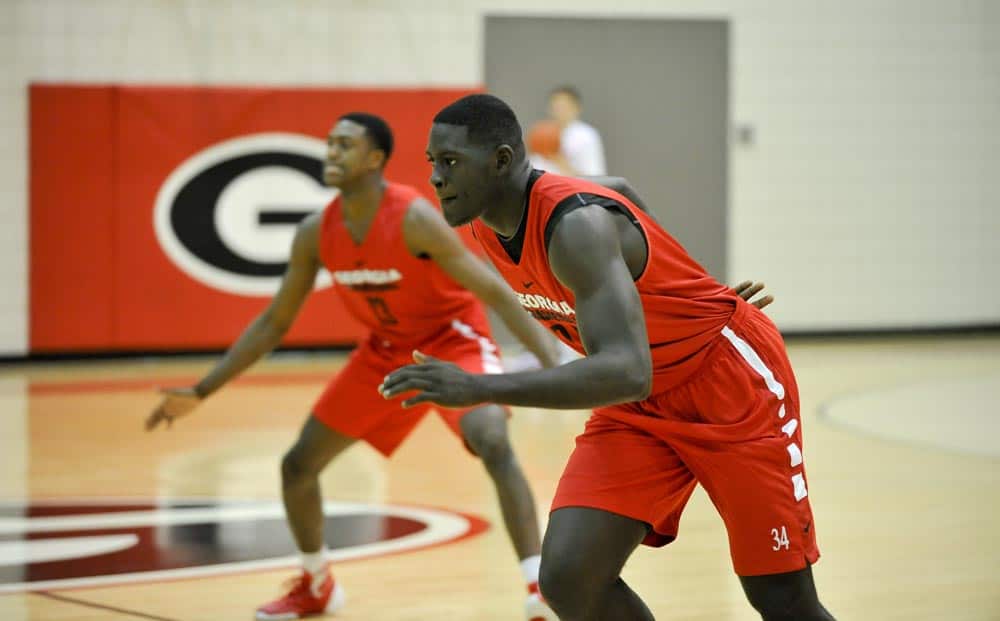 Georgia freshman forward Derek Ogbeide has been expected to make a big impact in the starting lineup. Those expectations were put to a halt as he sustained a shoulder injury in practice after playing in the exhibition game vs. Armstrong State.

However, we may get to see those expectations come to fruition. After Georgia’s game against High Point, head coach Mark Fox was asked about his status. Fox said Ogbeide is “close” to making a return for the Bulldogs, and will help balance their rotation.

During Ogbeide’s absence, Georgia has had to turn to the lesser impact role players by starting Houston Kessler and using Osahen Iduwe more than expected. Mark Fox indicated the offensive struggles of substituting personnel frequently as he said, “I have too many moving parts, too many different lineups, and I have coached them poorly offensively.” Ogbeide’s return would mean a more solidified lineup for the Dawgs, which could improve the efficiency of a currently anemic offense.

As seen in Ogbeide’s performance in Georgia’s exhibition game on November 6th, he is very impactful in the way he blocks shots and serves as a large presence inside with fellow sophomore forward Yante Maten. One knock on Ogbeide is his shooting ability inside or his “touch”. That is certainly something that can be developed as he sees more time on the court.

Georgia is having to shuffle bigs frequently, and it is hard to develop plays and gameplans to a certain player. Ogbeide will serve as an anchor for the offense, as seen in his brief action in a Georgia uniform and during his time at Pebblebrook High School as he had the ability to be a game changer. Georgia will find more success with Ogbeide’s presence, as the talents of Ogbeide, Edwards and Wilridge can blend together and increase offensive fluidity.

A realistic target date for Ogbeide’s return may be December 1st vs. Oakland. It would certainly be a pleasant surprise to see him in action on Saturday against Seton Hall, but the term “close” may not mean a return in two short days.