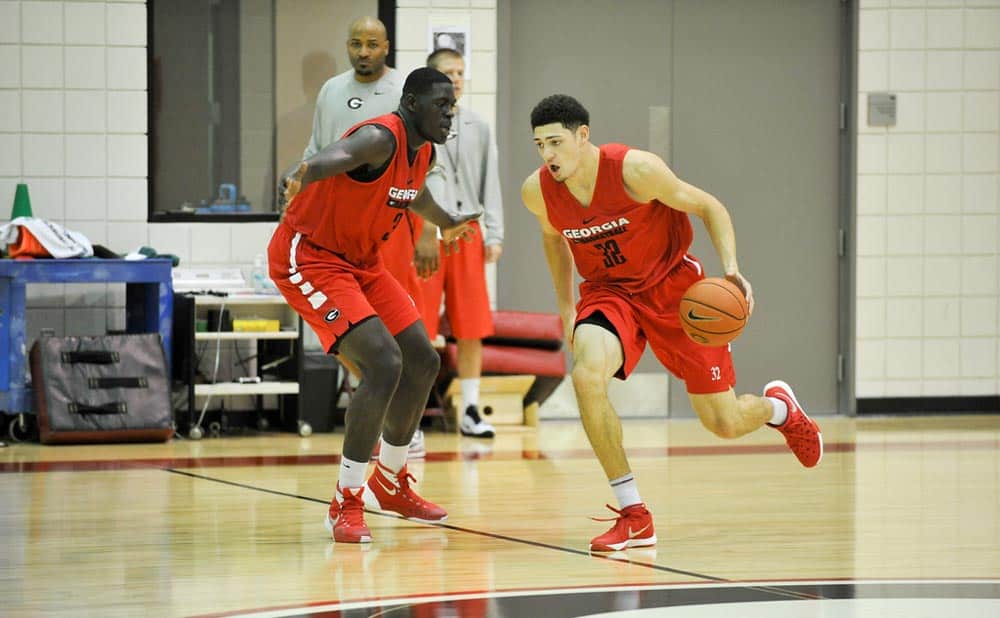 ATHENS, Ga. – Fans will be able to get their first full glimpse of Georgia Bulldogs on the hardwood Friday night when they host Armstrong State in an exhibition outing at Stegeman Coliseum. Tipoff is slated for 7 p.m. and no admission will be charged.

Georgia returns “three” starters and nine letterwinners from last year’s squad, which finished 21-12, tied for third in the SEC and received an at-large bid to the NCAA Tournament.

Senior guards Kenny Gaines and Charles Mann lead the Bulldogs’ returning starters. That duo has a combined 191 games played and 133 career starts between them. Over the past three years, Gaines and Mann have played together a combined 1483 minutes and 16 seconds.

Georgia’s “third” starter is actually a mix of two juniors. Juwan Parker was in the Bulldogs’ starting five for the first 14 games of the 2014-15 campaign before an Achilles injury sidelined him for most of the rest of the season. J.J. Frazier stepped in to start the next 10 contests, including a career-high 37-point outburst at Mississippi State that represented the highest single-game scoring output by any SEC player last season.

“Obviously we know how the returning guys will do, but it’s a different environment, a different setting for those new players,” Fox said. “That’s really important for us to see how they react and if we can get them comfortable.”

Georgia will open the regular season next Friday when the Bulldogs host Chattanooga at Stegeman at 7 p.m.

Friday’s matchup will be available on SEC Network + via watchespn.com, with Jeff Dantzler calling the play-by-play and Jarvis Hayes, a two-time first-team All-SEC performer for the Bulldogs in 2002 and 2003, serving as color analyst.