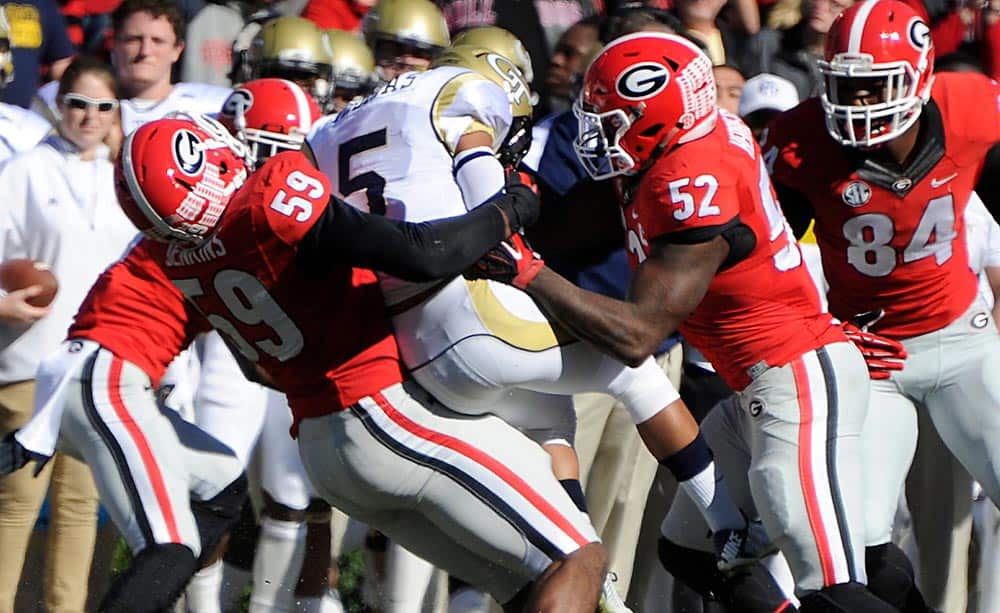 ATHENS, Ga. – The Georgia football team began preparations for its final regular-season game of the season with a 90-minute workout Monday on the Woodruff Practice Fields.

“We all know the importance of this game,” Georgia head coach Mark Richt said. “There’s even more pride on the line when you go up against your instate rival. It’s important that every man does his job to the best of his ability every snap of practice this week and then in the game. We must be sharp and we must be focused all week. I saw that tonight and it’s crucial that we keep that going.”

Richt said the captains for Saturday’s game will be tailback Sony Michel and lineman Kolton Houston on offense, linebacker Jake Ganus on defense, and receiver Kenneth Towns on special teams.

In other news on Monday, it was announced that linebacker Leonard Floyd has been named one of five finalists for the Butkus Award, which is presented annually to the nation’s best linebacker. Floyd, a junior, has the team’s second-most tackles (67) and leads the Bulldogs with 11 tackles for loss and 4.5 sacks. Floyd also has a team-high 12 quarterback pressures and one fumble recovery, which he returned 96 yards for a touchdown at Tennessee.

Georgia leads the series 64-38-5 and doesn’t count two Georgia Tech wins during WWII (1943-44) when the Yellow Jackets utilized players from a naval officers training program hosted on campus. The Bulldogs are 12-2 against Georgia Tech under Mark Richt, including 7-0 in Atlanta. The last two games in the series have been decided in overtime, with each team winning on the other’s campus.