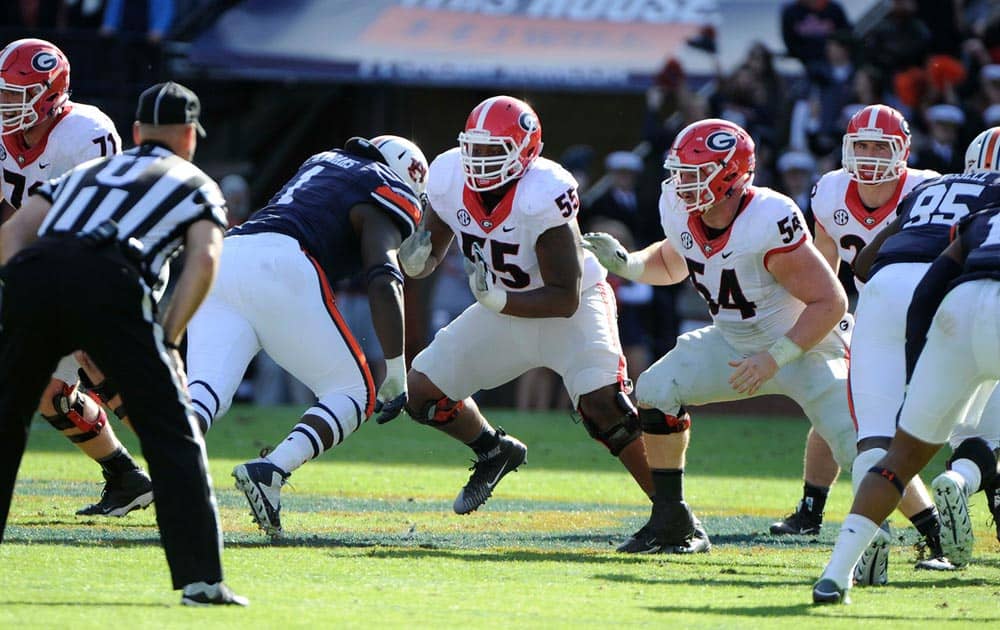 ATHENS, Ga. – The Georgia football team began preparations for its final home game of the season with a 90-minute workout Monday on the Woodruff Practice Fields.

“Today was a good start,” Georgia coach Mark Richt said. “We got some good work in and we’ll need to keep that going on Tuesday. Our scouts will have to continue to simulate Georgia Southern’s offense and do a great job to help get our defense prepared. Same goes for the scouts on defense. This game will be about tempo and we need to get the feel for that throughout the week. We know this is going to be a tough battle on Saturday.”

Richt said the captains for Saturday’s game will be the members of the senior class as they play their final game in Sanford Stadium. Representing the Bulldogs at the coin toss will be offensive linemen Kolton Houston and John Theus, defensive lineman Sterling Bailey and linebacker Jordan Jenkins.

It was announced that kickoff for the Saturday, Nov. 28, game between the Bulldogs and Georgia Tech in Atlanta will kick off at noon or 3 p.m. and will be televised by ESPN, ESPN2, ESPNU or ABC. The time and network will be determined after this week’s games.

Isaiah McKenzie was named the SEC Special Teams Player of the Week for the second time this season following the Bulldogs’ win at Auburn. McKenzie tied a pair of school records and moved up the SEC records books with his 53-yard punt return for a touchdown to put Georgia up 17-10 in the fourth quarter. It was his fifth career return for a touchdown, tying him with Brandon Boykin (2008-11). McKenzie¹s four punt return touchdowns ties him with Buzy Rosenberg (1970-72) on Georgia¹s all-time list. McKenzie accounted for Georgia¹s other touchdown as well versus the Tigers, the first offensive score of his career, coming on a 4-yard rush.