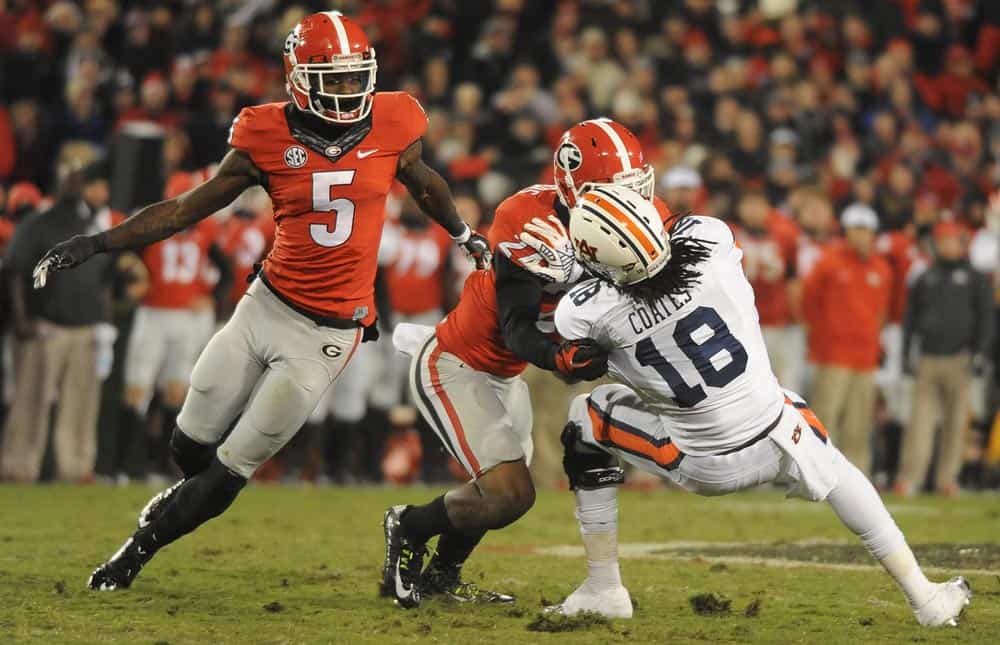 ATHENS, Ga. – The Georgia football team began preparations for its final Southeastern Conference game of the season with a 90-minute workout on Monday.

Due to the recent inclement weather in Athens, the Bulldogs opted to stay indoors on Monday. While the defense had its walkthrough in the Nalley Multipurpose Room, the offense held meetings. The squads then switched locations and later reconvened for the special teams portion of practice.

“All of our attention today was on Auburn and we got some good work in,” Georgia head coach Mark Richt said. “Our focus is on the future and getting ready to play another game as a unit, as a team. Today was just fine for what we needed to do. (Tuesday), we’ll get back to it and continue to get the work in.”

Richt announced the captains for the Auburn game will be tailback Sony Michel on offense, linemen Chris Mayes and James DeLoach on defense, and snapper Nathan Theus on special teams.

• It was announced that the Saturday, Nov. 21, game between the Bulldogs and Georgia Southern will be televised by ESPNU and will kick off at 7 p.m. This will mark the Bulldogs’ final home game of the season.