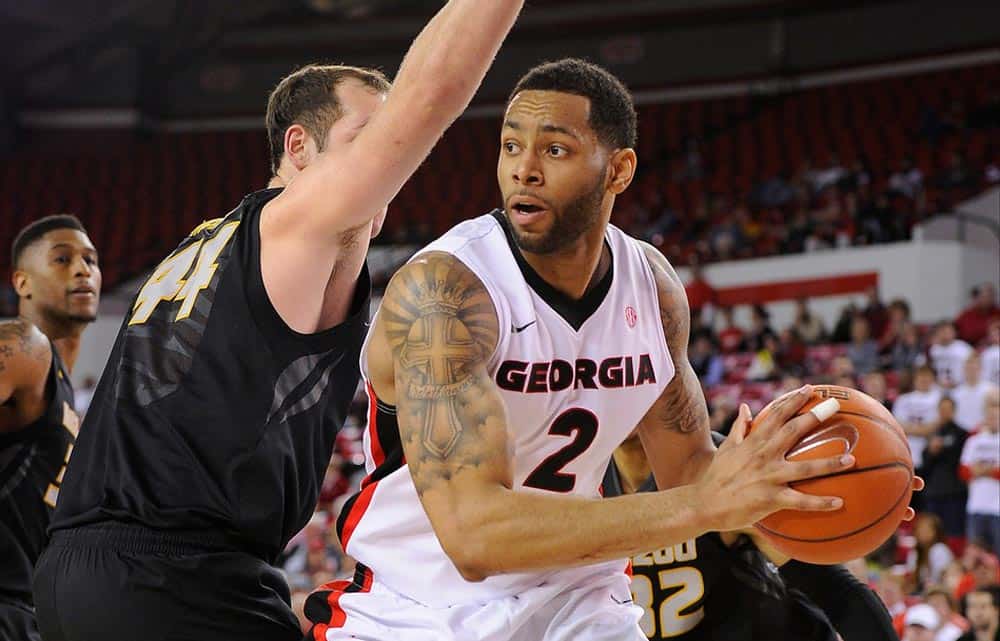 From a 3-star recruit out of Westlake High School to a critical part of a few SEC runs, Georgia fans were amazed watching former big man Marcus Thornton grow.

In the PPG statistic alone, we saw an 8.5 point improvement in three seasons’ time. During the 2014 campaign, Thornton was called to put the team on his back at times, carrying Georgia to many key victories. His ways of leading and performing to his highest capabilities each day were remarkable.

I had the honor of asking Marcus a few questions on his leadership qualities, the coaching style of Mark Fox, the state of Georgia basketball, as well as his transition to the Italian Serie A league.

Q: How does basketball in Italian Serie A differ from basketball in America?
A: “(It) doesn’t differ as much as one would think. It’s a little more technical, but at the end of the day basketball is still basketball.”

Q: What were your thoughts on the coaching style and methods of player development used by Coach Fox?
A: “Coach (Fox) was great about paying attention to what his players were dealing with on a day to day basis and always seemed to be prepared to handle everybody based off of that. He definitely spent a lot time helping players recognize what skills needed to be developed and how we would go about working on those skills.”

Q: What was it like playing alongside a veteran forward such as Nemi Djurisic both on and off the court last season?
A: “Nemi (Djurisic) is a brother and that relationship developed over the course of 4 years, so it became very natural for us to play and lead well with one another.”

Q: What made Georgia a special place to play basketball at knowing that the main hype in Athens is around football?
A: “I went to Georgia originally with the idea of helping to build a new basketball tradition. I always had a great deal of love for Georgia and I wanted to be at the foundation of a great basketball program.”

Q: What was the key to success when dealing with injuries, early struggles, and adversity throughout your Georgia career?
A: “Just being resilient. Focusing on the solutions instead of the problems and remaining positive at all times.”

Q: What are your expectations for this season with Charles Mann and Kenny Gaines having to take over main leadership, as well as Yante Maten having to step up in the forward position?
A: “I think Charles and Kenny will be able to lead a little more naturally because they have have a ton of experience of playing in meaningful games and they know what it takes to win. I think Yante will do very well, he just has to stay consistent.”

Q: What advice do you have for Michael Edwards, Yante Maten, Derek Ogbeide, and other underclassmen?
A: “I believe they just have to stay urgent and realize that their effort is the one thing that they can control no matter what and that will allow them to help the team regardless of their inexperience.”

Based on his responses, Thornton seems to believe Georgia basketball will continue upward, with a new crop of young guys coming in. It will be interesting to see if the underclassmen take the advice given by Thornton and others in order to have a successful tenure at Georgia.

It was certainly a pleasure to talk with Marcus and reflect on his time at Georgia. We wish him the best of success in his time playing overseas and with any future opportunities he may receive.