Nick Chubb tore his PCL, two other ligaments per his mom

Nick Chubb tore his PCL, two other ligaments per his mom 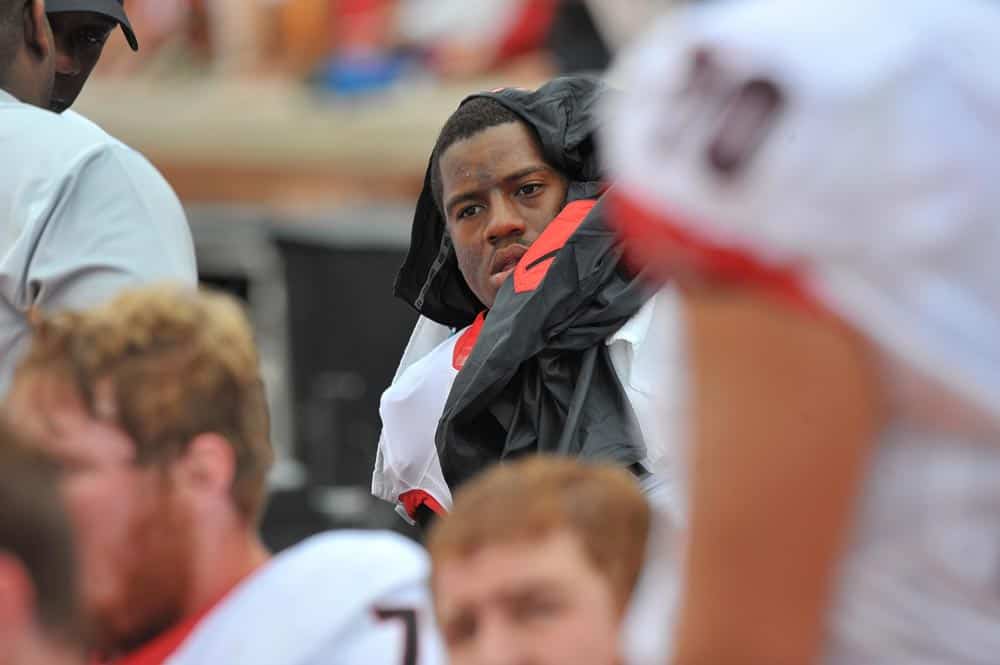 UGA sophomore running back Nick Chubb tore his PCL and two other ligaments in his left knee, per a post by his mother on Facebook.

Chubb’s mother, La’Velle Chubb, stated that the injury was “not nearly as bad as it could have been” and that he will require surgery in about two weeks. Below is the full text of her post from Sunday morning:

Gm, I thank God for being God and what an awesome God he is. Now I want to thank each and everyone of you for your prayers, text, calls etc. The outpouring of your love is an example of just how great God is. I can’t thank you enough. Nick has A PCL tear along with 2 other ligaments. It’s not nearly as bad as it could’ve been. They’ll wait for swelling to go down to decide when to have surgery. Possibly 2wks. Nick is in good spirits. Moma on the other hand is trying to hold it together. This right here, along with a few other things just helps put things into perspective. I do not doubt God or His plans. As matter of fact, I know I’m on the right track. We are going to increase our time with God and continue watching him work. Stay tuned. …..

Chubb injured his knee on the first play of the game yesterday at Tennessee. The Dawgs later went ahead of the Volunteers 24-3, but ended up losing 38-31.

Two years ago in Knoxville, running back Keith Marshall and wide receiver Justin Scott-Wesley each suffered ACL injuries. Georgia also lost Todd Gurley in 2014 and Aaron Murray in 2013, both to ACL injuries.

Georgia (4-2, 2-2 SEC) returns to Athens for Homecoming this Saturday to host the Missouri Tigers. The game will be televised by the SEC Network at 7:30pm ET.

University of Georgia sophomore tailback Nick Chubb suffered a significant left knee injury on the first play from scrimmage in Saturday’s Georgia-Tennessee game in Knoxville. According to UGA Senior Associate Athletic Director for Sports Medicine Ron Courson, the injury involves damage to multiple ligaments and cartilage; however, the damage does not include the anterior cruciate ligament (ACL). Neither does the injury involve arteries or nerves.

Courson said all the damage is repairable and a full recovery is expected following surgery and rehab. Chubb is currently in the hospital for observation and surgery would be expected sometime in the next two weeks.